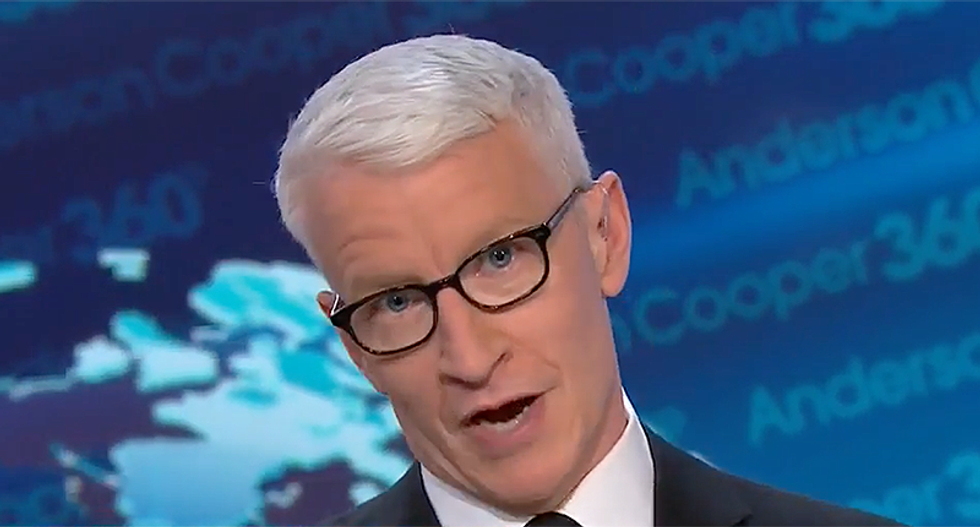 On Monday night's episode of CNN's 360, host Anderson Cooper wondered if President Donald Trump's belligerence towards Iran this morning—as well as Trump's attack on former intelligence officials later in the day—were designed to deflect attention from other problems.

National security expert Max Booth suggested that Trump's bluster may be a means to distract from what Booth considers the President's servile approach to Russian President Vladimir Putin.

Cooper pointed out that this is classic Trump.

"He's tweeting suddenly, this tough talk, trying to be a tough guy, vis a vis Iran, in a tweet," Cooper said. "Or talking about taking away the security clearances of former intelligence officials and national security officials and FBI officials ..."

"We've seen it time and time again," Cooper said. "When things aren't going well, you lob a Molotov cocktail in one corner of the room and everyone runs over there."