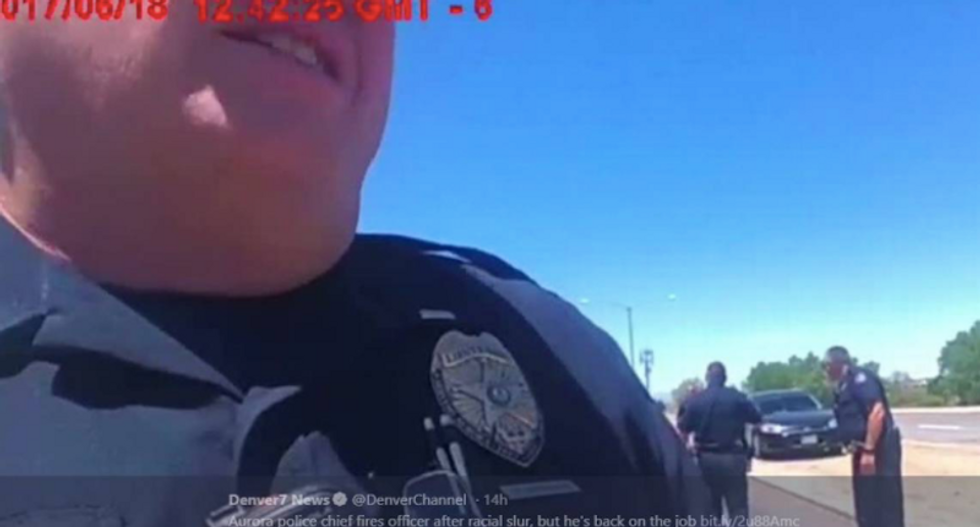 A cop with the Aurora, Colorado police department was fired after Aurora police chief Nick Metz was alerted to a racial slur he'd used to refer to a group of African-Americans.

"We got the Alabama porch monkeys all contained" Charles DeShazer was heard saying on another officer's dash cam.

"On June 18, 2017, an Aurora Police Department Lieutenant, Charles DeShazer, made a highly inappropriate and racially inflammatory comment while on the scene of a Denver Police Department officer involved shooting following a police pursuit," Metz wrote on Facebook.

"The offensive statement was caught on the body worn camera of another officer, and was reported internally by two APD supervisors who were also at the scene and heard the comment. An internal affairs investigation was immediately initiated. Following the investigation, I terminated Lt. DeShazer on September 1, 2017," he concluded.

But less than a year later, DeShazer appealed his firing to Civil Service Commission and is once again an Aurora police officer, the Wichita Eagle reports.