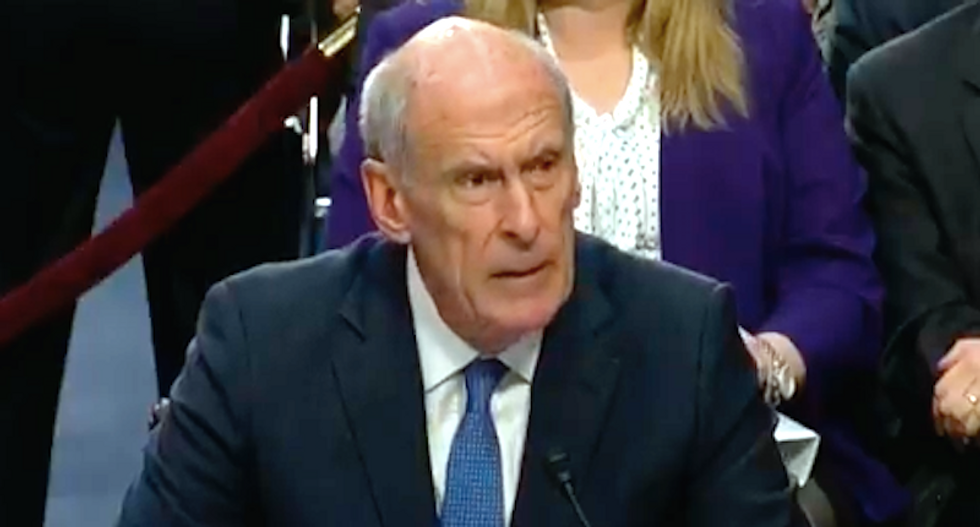 While U.S. President Donald Trump defended his efforts to build a relationship with Russian President Vladimir Putin, aides said on Friday there is some frustration that the U.S. intelligence chief did not know about plans for a second summit and they hope that meeting will follow a more traditional pattern.

Since Monday’s summit and joint news conference in Helsinki, Trump and his aides have been trying to control the damage done when he stunned the world by siding with Putin over U.S. intelligence agencies on the question of Moscow’s meddling in the 2016 U.S. election.

The U.S. director of national intelligence Dan Coats, who on Monday immediately defended intelligence personnel on the election issue, expressed surprise at Trump’s invitation on Thursday to Putin to visit Washington in the autumn.

Coats was on camera while at the Aspen Security Forum in Colorado when news broke of the invitation, clearly taking him aback. He advised against a one-on-one meeting with Putin, saying he “would look for a different way of doing it.”

If Coats had been in Washington instead of the conference, he would have been informed about the plan, one source familiar with the inner workings of the White House said on condition of anonymity.

“That DNI Coats was surprised, and his fanciful reaction, is what is most alarming to people,” the source said.

Some in Trump’s inner circle saw the Helsinki summit as problematic for the president and that he looked weak, another source close to Trump said, as he missed a chance to show strength in dealing with Putin by confronting him about the election interference.

In a CNBC interview broadcast on Friday, Trump said he and Putin had a rapport in Helsinki. U.S. intelligence agencies accuse Putin of directing interference to sway the election against Democratic candidate Hillary Clinton toward Republican Trump.

“Look, the fact is we got along well,” Trump said in the interview, which was taped on Thursday. He added that the two did not agree on everything. “It wasn’t always conciliatory in that meeting,” he said, without elaborating.

Five days after the two-hour Helsinki meeting, attended only by the two leaders and their interpreters, some U.S. officials remained in the dark about what was discussed.

There are hopes inside the administration that the next summit will be more traditional, with U.S. and Russian negotiators meeting ahead of time to set up an agenda and try to reach agreement on some issues.

One official, asked if the reaction to Helsinki would be a more organized process, said this is often how the White House operates. Another official said aides thought a proper procedure had been put in place for Helsinki, but it did not work out.

As Americans groped for information about the meeting, Moscow offered snippets of its version on Friday.

Russia’s Defense Ministry said it sent detailed proposals to Washington on organizing the return of more than 1.7 million refugees to Syria after agreements reached by Putin and Trump, RIA news agency said.

U.S. Secretary of State Mike Pompeo told reporters at the United Nations later that Trump and Putin discussed how to return refugees who fled the civil war in Syria, but offered no details and did not mention any Russian proposals.

Russia’s Interfax news agency reported that Putin also made proposals to Trump involving eastern Ukraine, citing Russia’s ambassador to the United States, Anatoly Antonov. He did not spell out what they were.

A White House National Security Council spokesman said later the United States on Friday rejected a proposal from Russia for a referendum to decide the fate of eastern Ukraine.

The Russian ambassador said Moscow is ready to discuss a proposed new meeting between Putin and Trump, Interfax said.

Putin has rejected accusations that his government meddled in the election won by Trump. A week ago, a federal grand jury indicted 12 Russian intelligence officers for carrying out cyber attacks to undermine Democratic Party networks. A special counsel is also investigating whether Trump campaign aides coordinated with Russian officials, which Trump denies.

A Microsoft Corp executive said on Thursday at the Colorado conference that Russian hackers have targeted at least three candidates running in November. The company found evidence of a fake Microsoft site being used for phishing attacks and was able to take down the page and hackers did not get in, said Tom Burt, vice president of customer security. Burt declined to identify the candidates.