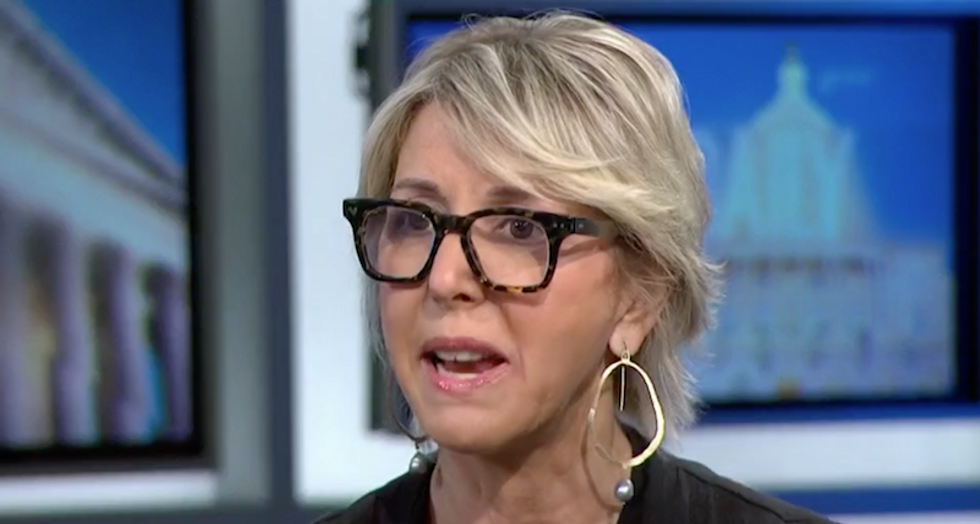 Few conservatives have stepped up to defend Donald Trump in the wake of his Helsinki summit with Russian dictator Vladimir Putin, where the two men met privately to discuss subjects including the dictator's efforts to interfere in the 2016 election to install Trump as the President of the United States.

That includes Danielle Pletka, a senior executive at the conservative American Enterprise Institute, who went on MSNBC and offered a tepid defense of Trump that attributed his behavior to "bad judgment."

Or, as she put it: "Donald Trump's signature, bad judgment."

"We have a sense of what was discussed," she said. "The problem is we have no idea what the president said."

Pletka said she doesn't think Trump sold out our intelligence agencies, though—and not because she trusts him.

"It's not trust but I think the president got smacked pretty hard from his advisers," she said. "I think that's why he's parted from a lot of people inside the White House because they said to him, 'This is secret, this is top secret, this is code word, can't pass this on. This is human intelligence. Buddy, don't repeat this.'"

Why is Trump the way that he is?