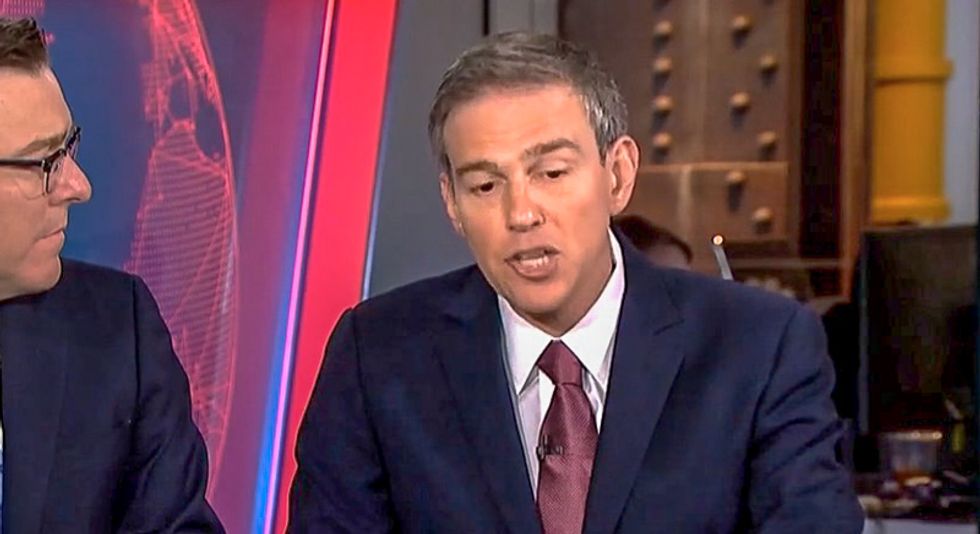 Brett Stephens, an NBC contributor, told MSNBC's Stephanie Ruhle that Democrats should cave on Kavanaugh and "win on issues where they can make a difference."

"I think Kavanaugh should be confirmed 100 to zero," he opined. "The point is that if you have a well-qualified judge who's in the broad mainstream of the American movement, doesn't have any moral disqualifiers, you should go back to the American tradition we had as recently as Sandra Day O'Connor. She was confirmed 99 to zero."

"Democrats are going to lose on this issue," Stephens added. "And it's going to make them seem extreme and petty."

According to the NBC contributor, Democrats should focus their efforts on immigration and foreign policy instead of the Supreme Court fight.

"Lot of issues where Democrats can win elections, but they're not going to win it on this one," he predicted. "They're just going to remind conservatives and independent voters that maybe the Democrats are too far to the left for their taste and it's actually going to help Donald Trump in the election."

It was not immediately clear from Stephens' remarks if he considered Senate Majority Leader Mitch McConnell (R-KY) "petty" for blocking Garland's nomination.