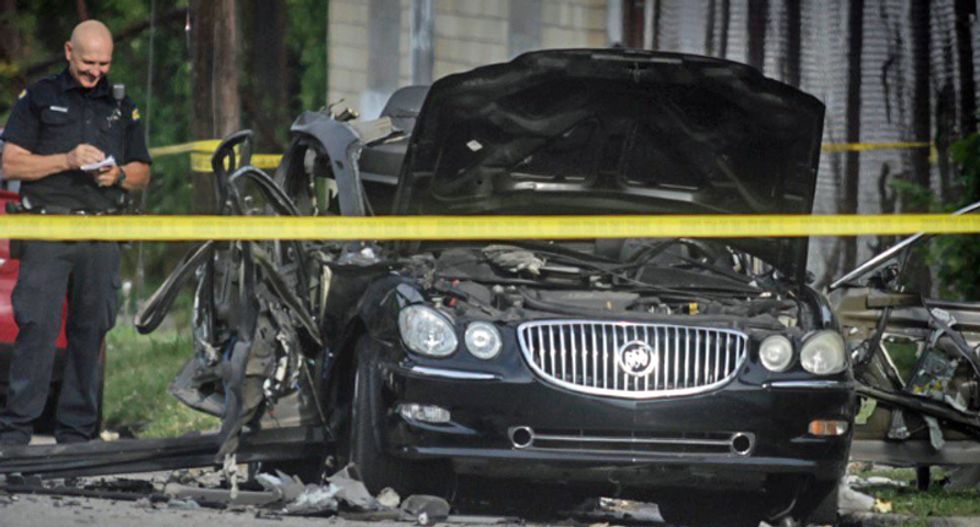 The Dayton Police Bomb Squad is on scene after an Ohio couple celebrated the Fourth of July with fireworks shenanigans that blew up their car and sent one of them to a local hospital, WHIO-TV reported Wednesday.

According to the report, the unidentified man lit one of the firecrackers and reportedly failed at throwing it out of his car window. The firework landed on the rest of the fireworks the man had just purchased, causing a loud explosion and fire.

The man was reportedly unconscious when he was pulled from the car and transported to a local hospital.

Late Wednesday, the Dayton Daily News reports the Bomb Squad arrived to investigate the extent of unexploded fireworks remaining at the scene.

The local neighborhood was reportedly evacuated and officials said it may be hours before residents are allowed to return to their homes.

The hospitalized man's condition has not been released.