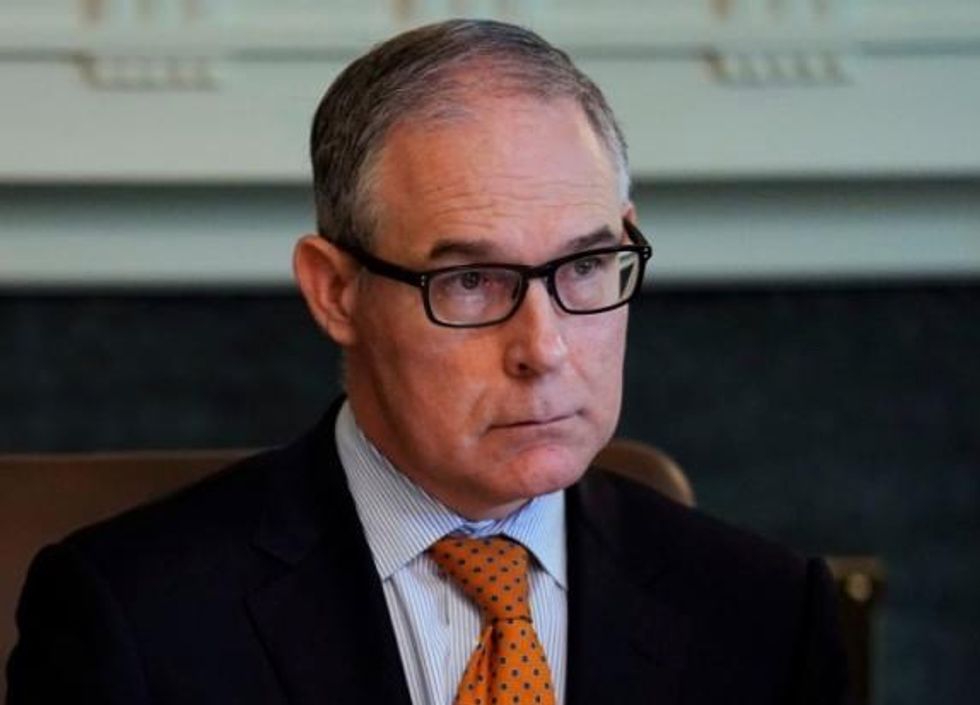 U.S. Representatives Don Beyer and Ted Lieu cited remarks by Kevin Chmielewski, Pruitt’s former deputy chief of staff, in an interview with CNN about how Pruitt held routine meetings to “scrub, alter or remove from Pruitt’s official calendar numerous records because they might ‘look bad.’”

Beyer and Lieu, in their letter to the inspector general, said the allegations were supported by an analysis of Pruitt’s public calendars.

“We would have meetings (about) what we were going to take off on the official schedule. We had at one point three different schedules. One of them was one that no one else saw except three or four of us,” Chmielewski told CNN. “It was a secret ... and they would decide what to nix from the public calendar.”

The EPA did not immediately return a request for comment by Reuters.

Beyer and Lieu said a number of meetings that have been mentioned in news reports or confirmed by EPA representatives do not appear on Pruitt’s official schedule, including meetings with an energy lobbyist, the chief executive officer of a shipping company and a coal company - industries regulated by the EPA - as well as one with a man charged in another country with sexual offenses.

“Willful concealment or destruction of such records is a federal crime carrying penalties ranging from fines to imprisonment,” they wrote.

Pruitt already faces a dozen investigations by the EPA inspector general, Congress and the White House.

Pruitt, a former Oklahoma attorney general, has been under scrutiny for months amid reports involving questionable spending on first-class plane tickets, use of security detail, connections with lobbyists and industry groups, and use of his office for favors.

According to The Washington Post, Pruitt pushed to find his wife a well-paying job with a politically connected group.