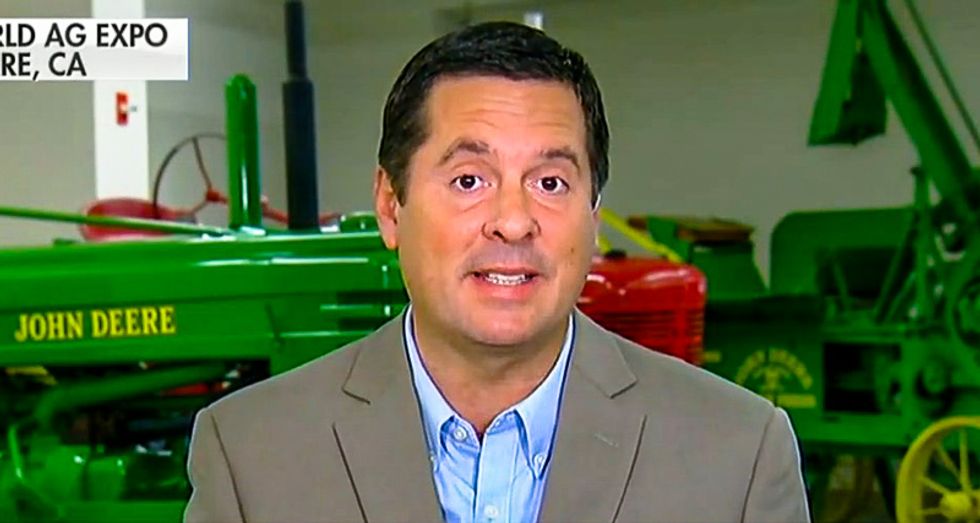 House Intelligence Committee Chairman Devin Nunes (R-CA) on Sunday said that he was looking into "legal remedies" against Twitter after the social network temporarily made some conservatives' accounts harder to find.

In a report this week, Vice revealed that Twitter's attempt to curb abuse by trolls had resulted in some conservatives being "shadow banned," limiting the visibility of their accounts. Twitter quickly corrected the mistake.

But on Sunday, Nunes said that conservatives were considering legal action against Twitter.

"I had no idea what shadow banning even was," Nunes admitted to Fox News host Maria Bartiromo. "For several months, people have been contacting me saying that, 'Hey I tried to find you on Twitter, I couldn't find your account. Why is that?'"

"They don't call it shadow banning but, effectively, we were getting caught up in some type of trap to where people couldn't see our Twitter feed," he continued. "I don't know what Twitter is up to. It sure looks to me like they are censoring people and they ought to stop it."

"And we're looking at any legal remedies that we can go through," Nunes added.

As a private company, Twitter presumably has the right to control who uses its platform.