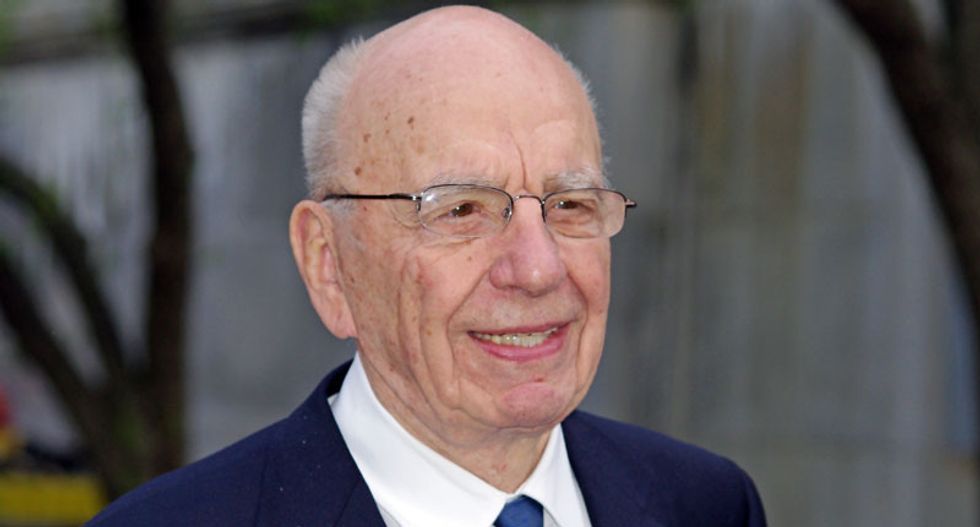 Comcast on Thursday dropped out of a bidding war with Disney for prized film and television operations of Rupert Murdoch's 21st Century Fox, effectively clearing a path to a new landscape in the media-entertainment world.

The cable and media giant said in a statement it would instead focus on acquiring the European pay TV operator Sky, shifting its stand on how it approaches the latest round of consolidation in the media-entertainment sector.

The move effectively ensures that Disney will be able to complete its $71.3 billion tie-up with Fox that creates a new powerhouse in the sector as Murdoch slims down his media empire.

"Comcast does not intend to pursue further the acquisition of the Twenty-First Century Fox assets and, instead, will focus on our recommended offer for Sky," said a statement from the group which is the leading US cable operator and also owns NBCUniversal.

Brian Roberts, Comcast chairman chief executive, added: "I'd like to congratulate (Disney CEO) Bob Iger and the team at Disney and commend the Murdoch family and Fox for creating such a desirable and respected company."

Both Comcast and Disney had been coveting the prized assets being sold by Murdoch, which include the Fox studios in Hollywood and important film and television production operations.

The acquiring company would have stood to become a dominant force at the box office and in television, with production companies responsible for "The Simpsons" and "Modern Family," and a key stake in the online platform Hulu.

At the same time, a battle has been heating up over Sky, the British-based pay TV operator in which Fox holds a 39 percent stake.

Disney launched its offer for Fox's assets last December at $52.4 billion as Murdoch and his family announced they would reorganize to focus on Fox News, the Fox broadcast network and some sports operations.

Comcast made its bid of $65 billion in June, aiming to capitalize on what was seen as an easier regulatory path after rival pay TV operator AT&T successfully defended an antitrust challenge to its acquisition of media-entertainment group Time Warner.

Comcast is competing with Fox over the Sky bid, with regulators wary about Murdoch extending his influence in the media sector.

Earlier this month, Comcast lifted its Sky offer to £26 billion ($34.3 billion, 29.5 billion euros) only hours after Fox boosted its bid for the 61 percent of Sky it does not own.

Critics say that allowing Murdoch -- who owns major British newspaper titles The Times and The Sun -- full control of rolling TV channel Sky News would give him too much influence in the UK news business.

To remedy this, Fox has proposed to sell Sky News to Disney.

But some reports say Disney and Fox were prepared to allow Comcast to take over Sky if their tie-up in the US market goes ahead.

The Fox-Disney tie-up has already received approval from the US Department of Justice, contingent on the divestment of 22 regional sports networks now owned by Fox.

The big media-entertainment firms are pursuing deals as they seek to slow the rise of streaming media platforms like Netflix and Amazon, and prepare for the entry into the sector by Silicon Valley giants like Google and Facebook.

These issues were debated at the antitrust trial over AT&T's $85 billion takeover of Time Warner, with the companies claiming internet-based platforms have an advantage over traditional media firms because of the data they collect on customers.

Disney, which owns the ABC broadcast network and ESPN sports channels along with its film and theme park operations, has been expanding efforts in streaming, and could use the Fox assets to bring in more highly-sought content.