EU warns US of major hit if car tariffs imposed 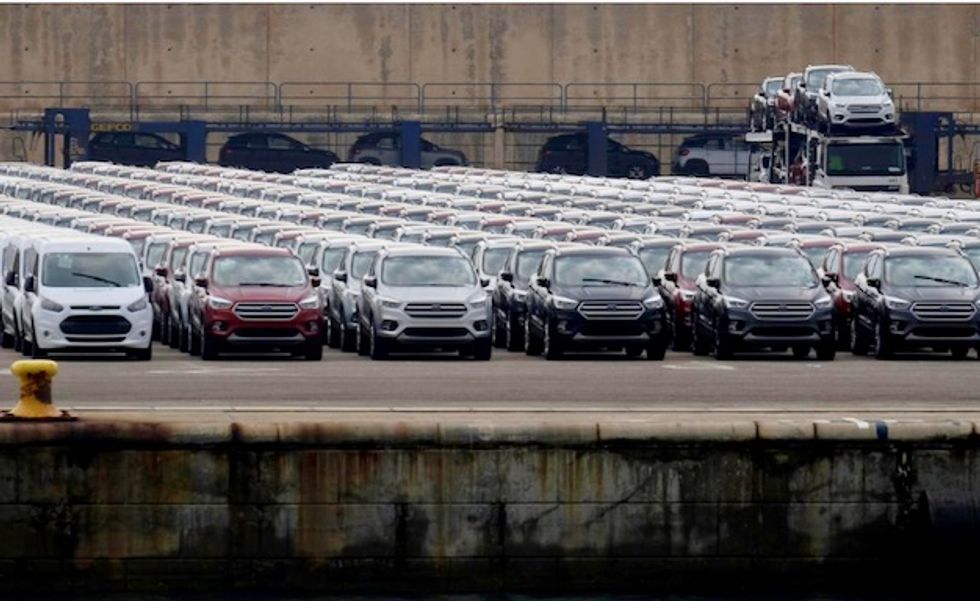 FILE PHOTO - Parked cars are pictures at the car terminal at the port of Valencia, Spain May 29, 2018. Picture taken May 29, 2018. REUTERS/Heino Kalis

The European Union has warned the United States that imposing import tariffs on cars and car parts would harm its own automotive industry and likely lead to counter-measures by its trading partners on $294 billion of U.S. exports.

In a 10-page submission to the United States Commerce Department sent last Friday, the European Union said tariffs on cars and car parts were unjustifiable and did not make economic sense.

The Commerce Department launched its investigation, on grounds of national security, on May 23 under instruction from President Donald Trump, who has repeatedly criticized the EU over its trade surplus with the United States and for having higher import duties on cars. The EU has a 10 percent levy, compared to 2.5 percent for cars entering the United States.

Trump said last week that the government was completing its study and suggested the United States would take action soon, having earlier threatened to impose a 20 percent tariff on all EU-assembled cars.

The European Union says that for some goods, such as trucks, U.S. import duties are higher.

In its submission, the EU said that EU companies make close to 2.9 million cars in the United States, supporting 120,000 jobs - or 420,000 if cars dealerships and car parts retailers are included.

Imports had, it said, not shown a dramatic increase in recent years and largely grown alongside overall expansion of the U.S. car market, with increased demand that could not be met by domestic production.

The submission said that tariffs on cars and car parts could undermine U.S. auto production by imposing higher costs on U.S. manufacturers. The EU had calculated that a 25 percent tariff would have a initial $13-14 billion negative impact on U.S. gross domestic product with no improvement to its current account balance

Assuming counter-measures along the lines of those taken in response to existing U.S. import tariffs on steel and aluminum, up to $294 billion of U.S. exports - 19 percent of overall U.S. exports - could be affected, the submission said.

The submission also said that the link between the automotive industry and national security was “weak”. Military vehicles, such as the Humvee, were made by different, more niche producers.