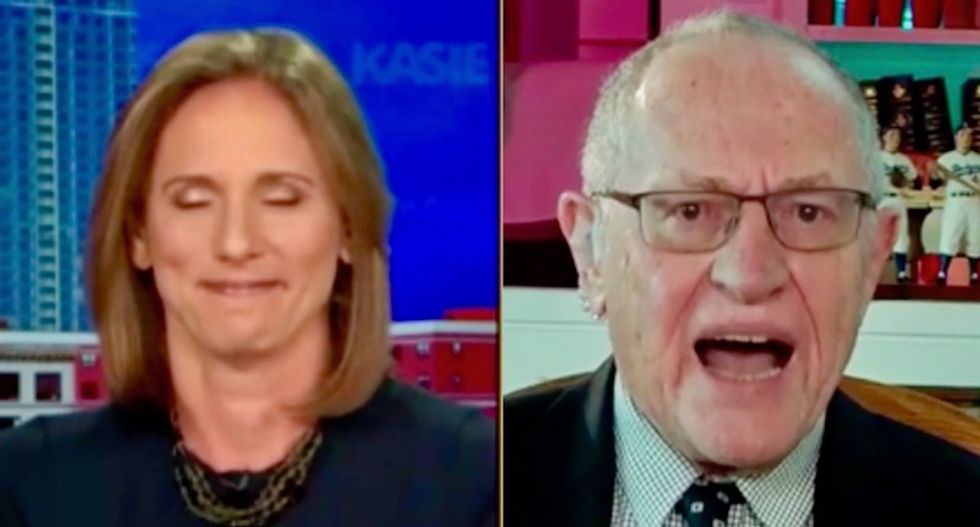 Alan Dershowitz was, until fairly recently, one of the most respected lawyers in America.

The Harvard law professor and noted civil libertarian has educated many of our nation's leaders and had a long and distinguished career as a public intellectual and author.

But, for whatever reason, Dershowitz has thrown his reputation behind defending President Donald Trump, becoming socially ostracized as a result.

Like Trump, Dershowitz has ties to the Kremlin, having represented pro-Russian former Ukrainian president Leonid Kuchma in his trial over the assassination of a corruption-busting journalist. In 2011, Dershowitz helped win the freedom of the Putin-tied former Ukrainian president who had stood accused of ordering the assassination, mutilation and decapitation of the journalist who had exposed his corruption.

But even as Dershowitz has made waves as a prominent supporter of President Donald Trump, the professor continues to frame his arguments as support of "civil liberties."

Not everyone is buying that.

Dershowitz became enraged at what appeared to be Rocah's innocuous comment about his defense of Trump.

"You are implying in a kind of McCarthyite way that I am somehow defending Trump and that I am making his case," he yelled. "Shame on you! I am making a civil liberties case! I am not part of the Trump defense team and don't you dare accuse me of doing that!"

Rocah told Dershowitz she was simply "responding to what you're saying."

"OK, we'll have to take your word on that," said a smirking Rocah.