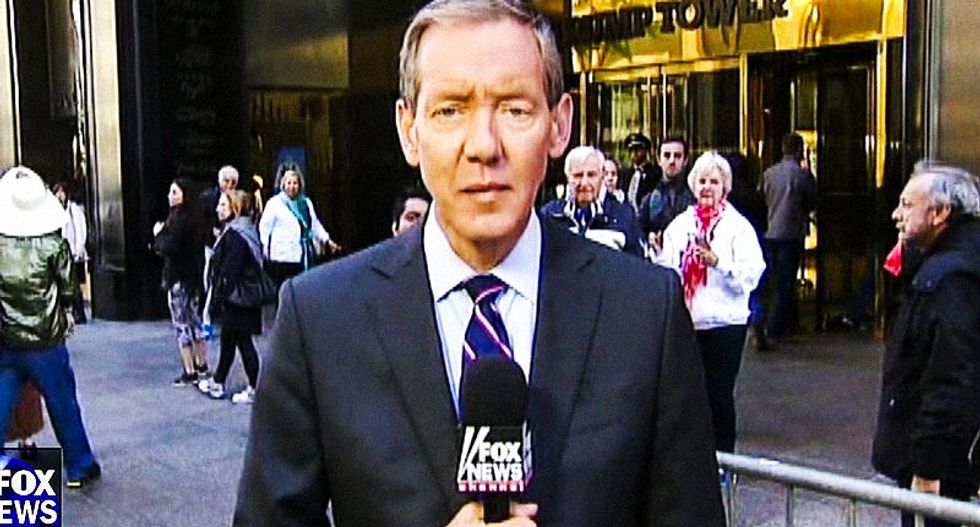 Former Fox News chief political correspondent Carl Cameron didn't drink the kool aid his former colleagues seem to have. In an exclusive interview with Think Progress, Cameron warned that President Donald Trump's 2016 campaign was absolutely conspiring with Russia to take over the election.

Cameron, who covered Trump's rise to power in 2016, has been watching him along with Trump's friend Roger Stone for over 30 years.

“Roger Stone’s success was having the connections and creating the opportunities for [Russian intelligence officer] Guccifer2.0 and other Russian groups to really start taking advantage of social media and pounding these negative memes that Hillary’s a crook, etc,” he told Think Progress.

The first interview Think Progress did with Cameron was from June 5, in which he cautioned that Russia's attack on the United States isn't over, indeed it's "ongoing."

“Whenever the President denies the entire idea of Russian interference in U.S. elections — and labels investigations into such interference a hoax or witch hunt he is enabling the biggest cyber attack in U.S. history,” he continued.

One way in which he disagrees with conventional beliefs by the intelligence community is that he doesn't believe Russian President Vladimir Putin was interested in winning the election for Trump. However, he didn't specify why.

It's unclear if Putin was open to working with whomever was willing to work with him. Despite the president's claims, the Russians did hack the Republican Party, but none of the information was ever released.

“We need a Cabinet-level effort to coordinate an aggressive response to these attacks—not a White House who dismisses and ignores this grave threat to the very heart of our democracy,” Cameron cautioned.