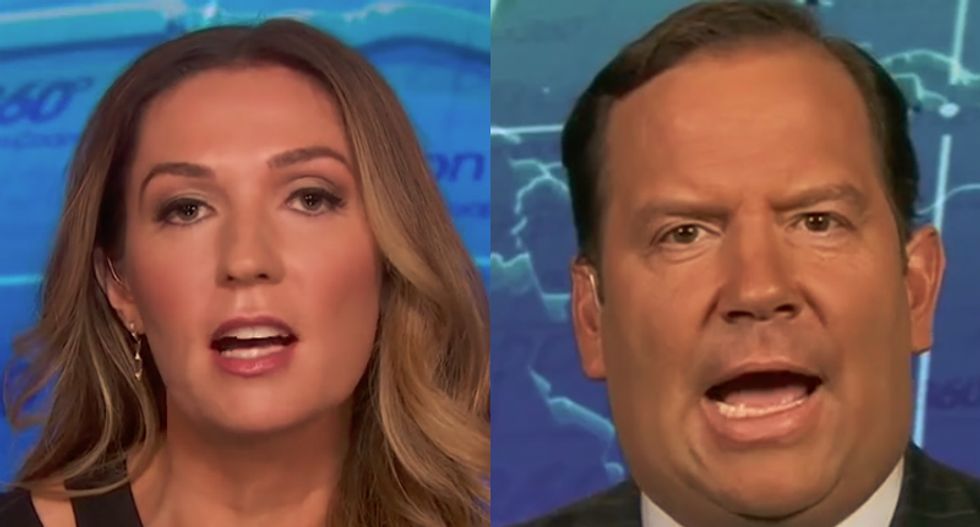 A CNN panel discussion on the ever-present topic of Donald Trump's potential collusion with Russia exploded into chaos as two of the president's supporters tried to not only divine special counsel Robert Mueller's political biases but also use it as a legal defense.

Rich Lowry, the editor of the conservative National Review magazine, claimed Trump's legal team undermining the special counsel is "what happens in many highly politically-charged cases across the United States."

Host Anderson Cooper turned his attention to Steve Cortes, the former Latino outreach coordinator for the Trump campaign to ask him why believed the president won't take questions about tapes possessed by his former "fixer" Michael Cohen about a payoff to Playboy model Karen McDougal and why the campaign lied about the deal.

Cortes dodged the question, musing that while he thinks it'd be "proper" for Mueller to investigate Russia's electoral hacking, it's less so for him to be looking into payoffs for Playboy models from a decade ago.

"How does that have anything to do with Russia?" the onetime Trump campaign surrogate said. "Are we saying Karen McDougal hacked the DNC?"

Amanda Carpenter, the former communications director for Sen. Ted Cruz (R-TX), interjected as Cortes went off to note that the Southern District of New York — and not Mueller — is investigating the Cohen tapes.

After Cortes claimed media and people within the Justice Department are "hellbent" on taking down Trump, the former Cruz staffer put his argument to rest.

"Questioning people's motives and what they think about Trump is not a sound political or legal defense," she added.