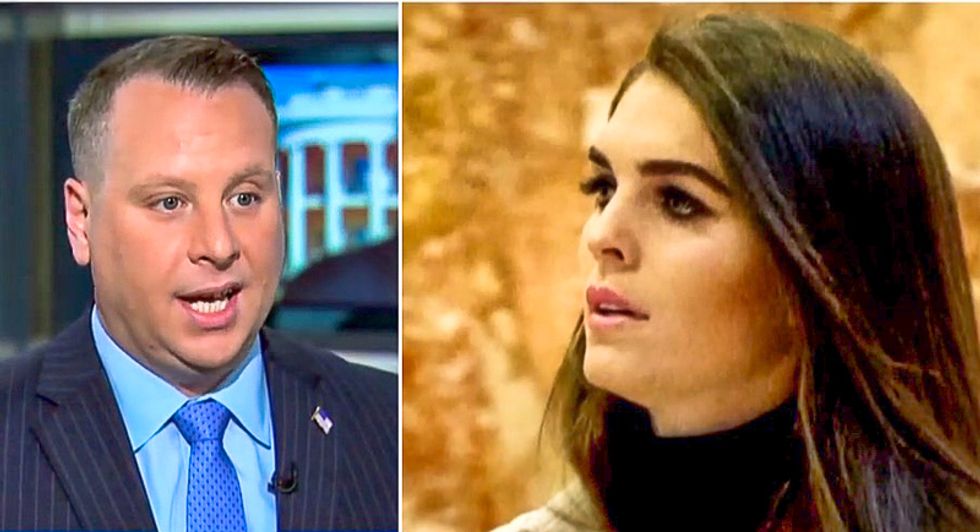 During a Sunday interview on MSNBC, host Alex Witt noted that Nunberg has pushed for Hicks to take the White House chief of staff position, which Kelly is expected to vacate later this year.

"Why do you think she would be good as chief of staff?" Witt wondered.

"She is actually perfect for what the president is looking for," Nunberg replied. "He is thinking of not having a chief of staff. What he wants is to operate like the 26th floor of Trump Tower where he had a strong-willed, very good woman in Rhona Graff handling the calls, knowing him getting his zen, things like that."

"He will listen to women more than men, believe it or not, strongly saying, that wouldn't be a good idea," he continued. "She would be perfect for this. He had to adapt to the presidency... political gravity will never apply to him."

"We're dealing with a new president here," he explained. "I would tell you Hope has very good political instincts. They came to her very quickly during the short time I worked with her, and she was essentially his gatekeeper during the election. And she would be great at that position, and she doesn't take -- she knows the way he's going to work."