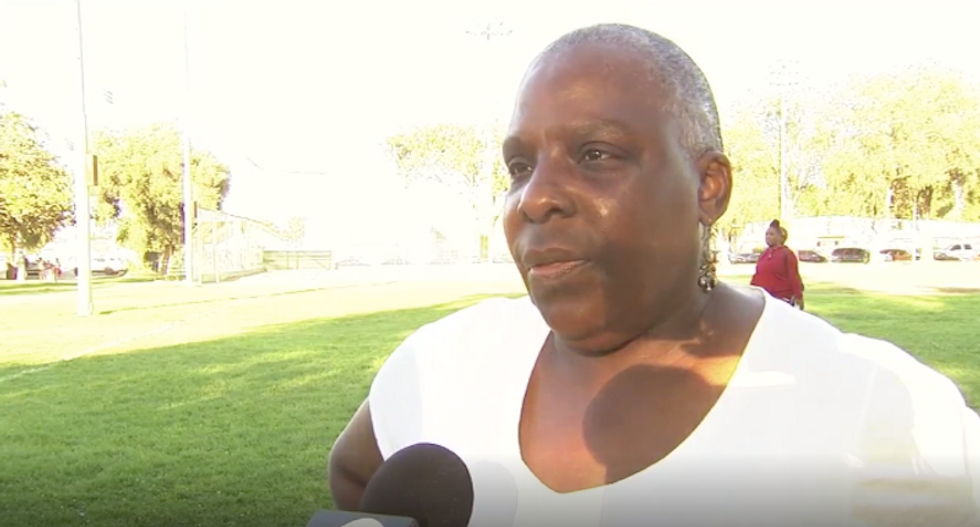 In a shocking and bizarre story, a Long Beach grandfather was shot to death in a public bathroom.

What's more, his family suspects that the shooting was racially motivated, KABC reports.

57-year-old Frederick Taft was shot point blank Saturday in a park bathroom, while he was attending a family reunion.

"You go to the bathroom during midday and someone shoots you for no reason?" Taft's sister Cheryl Malonson, wondered skeptically.

Police are still investigating, but noted that there's a racial slur on a nearby park bench.

On Monday, friends and family gathered to celebrate his life.

“That’s why so many people are out here,” Lakisha Porter, Taft’s niece, told the Long Beach Post. “He meant a lot to everybody, just a compassionate individual.”