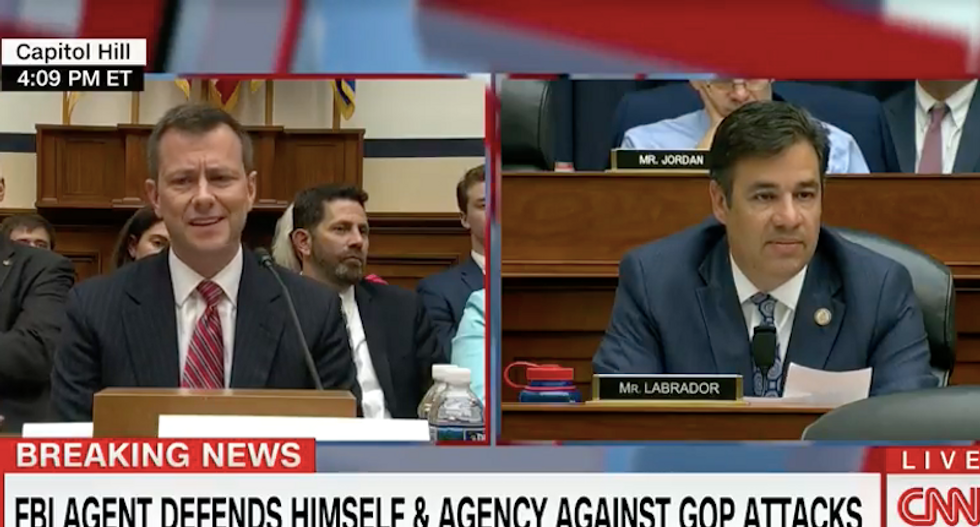 Congressman Raul Labrador (R-ID) asked Strzok how the American public can be sure he's telling the truth.

Strzok pointed out that he's under oath and has more than two decades of public service to prove his trustworthiness.

"After 26 years of strapping on my gun and serving this country I think they can trust me," the FBI agent said.

Congressman Raul Labrador (R-ID) read from the IG report, which detailed improprieties in the actions of agents Peter Strzok and Lisa Page, but found no evidence of bias influencing their work.

Labrador insisted that there had, indeed, been bias. Strzok shot back by pointing to his swift response after finding out about Anthony Weiner's laptop.

"Within hours — under four hours - I had assigned agents to investigate that lap-top," Strozk told Labrador, bristling at the suggestion that his personal political opinions had influenced his work.