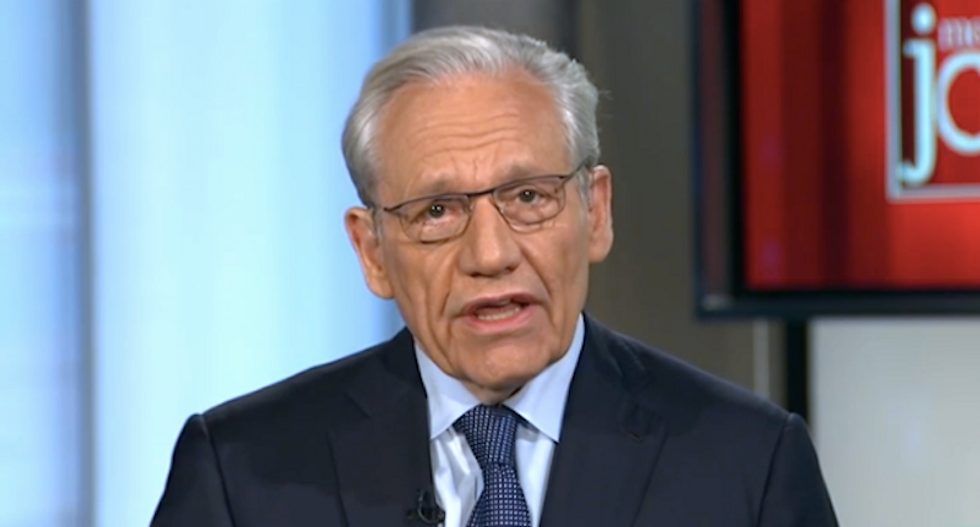 The Washington Post reported that the book, titled "Fear: Trump in the White House," was kept under wraps at publishing house Simon & Schuster until recently.

The book's title comes from an interview Woodward conducted with Trump in April 2016 in which he said he believes power is derived from fear.

Woodward and Post reporter Robert Costa asked Trump if he agreed with a quote from President Barack Obama in which he said that "real power means you can get what you want without having to exert violence."

“Well, I think there’s a certain truth to that," Trump said in initial agreement with his predecessor. "Real power is through respect.”

He then added, however, that he thinks "real power is, I don’t even want to use the word: ‘Fear.’"

Woodward was once quoted as saying that he considered the quote to be "an almost Shakespearean aside."