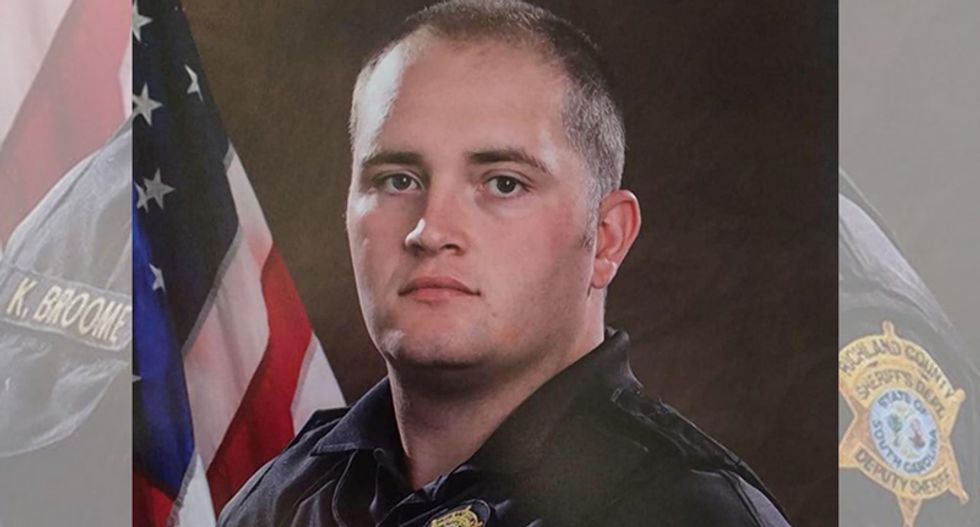 The former Richland County Sheriff's Department deputy who defaced poster in a women's home with an n-word slur will no longer be able to serve in law enforcement anywhere in America, WLTX reported Tuesday.

The plea agreement will also be retained by the national law enforcement decertification database, effectively preventing Broome from wearing a badge at any agency in the country.

In 2016, then-Deputy Broome and his partner responded to a domestic violence call. While waiting for the female victim to pack up her belongings, Broome defaced a poster of Africa in her garage.

Broome modified the poster to change 'Nigeria' into the n-word while on the call and also stole approximately ten cents worth of double-sided tape from the victim's kitchen.

“Kaleb Broome’s actions proved that he did not deserve to wear a badge — ever," declared Sheriff Leon Lott. "Hopefully, this guilty plea will ease the concerns of any Richland County or South Carolina citizen that he will never patrol our streets again."

During a press conference announcing the plea agreement, Sheriff Lott offered praise for Broome's partner, who reported the racial incident to superiors, The State reported.

Sheriff Lott noted that Broome's former partner had personally purchased a replacement poster for the victim.

“Not only did the deputy have the courage to report the distressing actions of his partner, he took the extra step to repair the damage his partner caused," the sheriff said. "It’s deputies like him who make me proud of this department."