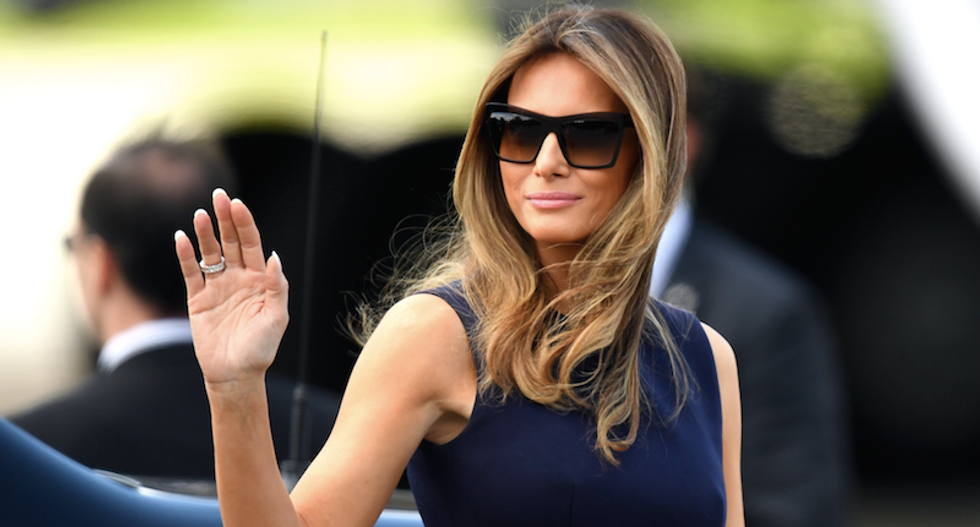 CNN White House correspondent Kate Bennett, whose beat specializes in coverage of the First Lady and East Wing, had two questions for the administration.

First, did Melania Trump have any comment on the secretly recorded tape of her husband discussing a hush money payment for an alleged mistress.

And second, was Melania Trump watching CNN on Air Force One, as the New York Times reported Tuesday evening.

"Did you know that every 15 minutes a baby is born with NAS?" Grisham answered, trying to change the subject to Neonatal Abstinence Syndrome.

"Maybe you'd like to talk about the 160,000 kids who skip school every day for fear of being bullied, or that 280,000 students are physically attacked in schools every month," Grisham continued, adding a summer vacation theme to her deflection.

"Seems kind of silly to worry about what channel she watches on TV (any channel she wants BTW) or if she heard some recordings on the news.