Florida cops beat up and arrest black man just for telling them to do their jobs: lawsuit 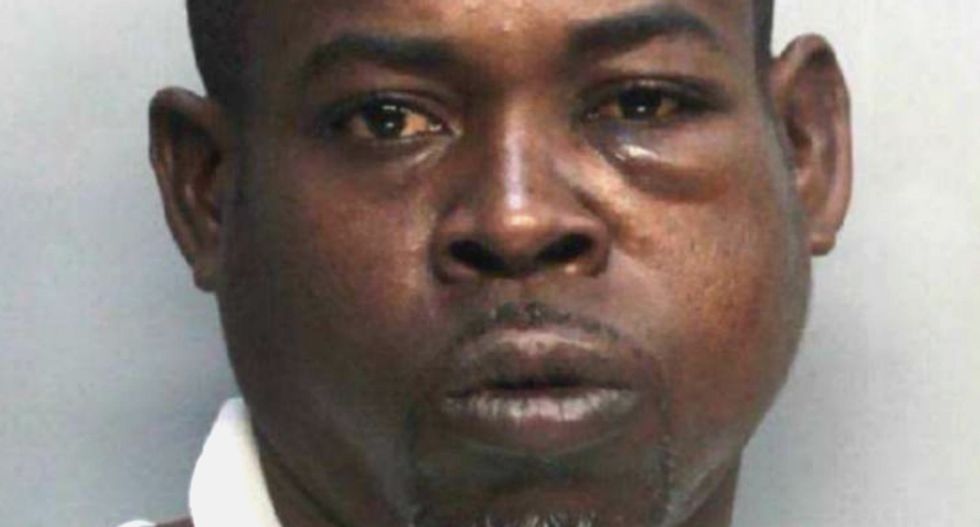 Jose Farquaharson's mugshot from his 2015 arrest after officers beat him up for cursing at them. Image via Miami-Dade Corrections.

A Florida man is suing the Miami-Dade Police Department after its officers allegedly beat him up and arrested him for yelling "do your f*cking job."

The Miami New-Times reported that Jose Farquaharson was standing on a street corner when a car sped past him.  Two police officers were standing across the road, and the angered 42-year-old yelled “do your f*cking job and stop the cars from speeding!”

Luis Arcia, one of the officers Farquaharson yelled at, reportedly ran across the road and yelled "kiss my ass" at him. He then grabbed him by the wrist, "threw him to the ground, and cuffed one of his hands." After handcuffing him, Farquaharson told the New-Times Arcia "he punched him several times in the face, beating him so badly he required hospitalization."

With no prior record in the county, Farquaharson was arrested for disorderly conduct and resisting arrest — charges that were dropped the next day. In his mugshot, the Miami man is seen with a swollen eye and still in his hospital gown.

Farquaharson said he filed a complaint with MDPD's internal affairs office and thought his case was strong due to the injuries visible in his mugshot and the testimonies of multiple witnesses who said they saw Arcia punch him in the face. In 2016, however, the department cleared the officer of wrongdoing and said the allegations were "unsupported."

"The Civilian Investigative Panel, an independent police-oversight board, also looked into the case," the New-Times reported. "Although investigators said they found the witnesses' statements 'disturbing,' they ultimately couldn't substantiate the complaint because they could no longer reach the witnesses."

The 42-year-old is now suing Arcia and MDPD, and the report noted that the officer has "received four citizen complaints, had seven use-of-force incidents on record, and had once been relieved of duty."

"For a few years, [Arcia] thought he was gonna get away with it," Roderick Vereen, Farquaharson's attorney, told the New-Times. "If he's gonna get all pissed off because somebody yells profanities at him and exercise unlawful force, then [he's] in the wrong community and in the wrong job."