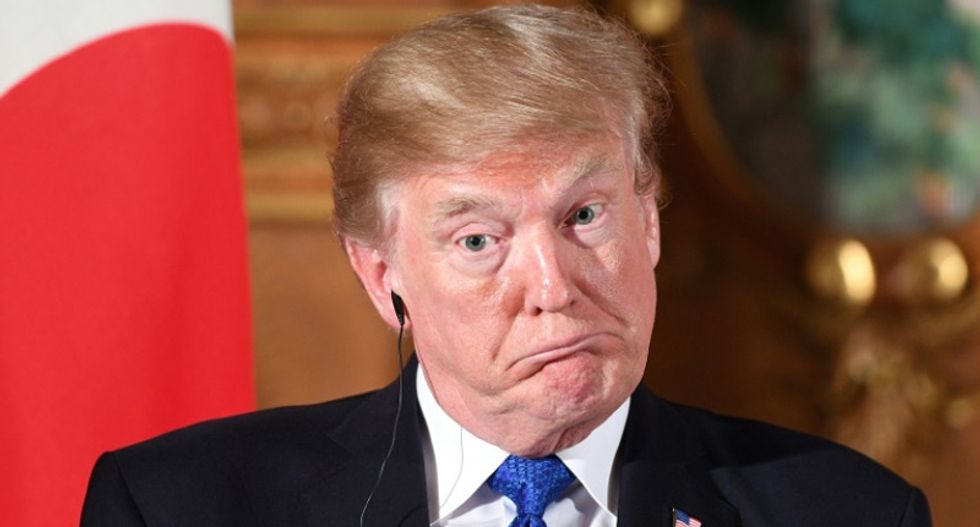 Donald Trump thought that he performed well at his summit with the Russian dictator who worked to install him in office and only learned that he'd flopped after watching cable news, according to a new report by the Washington Post.

Trump left Finland on Air Force One believing that he had "shown strength." Then he turned on the TV.

"Roughly an hour into the flight, Trump’s mood darkened and grim reality set in as he consumed almost universally negative cable news coverage and aides began reviewing pages upon pages of printed-out statements from fellow Republicans lambasting the president," the Post writes. "Trump called his former chief of staff, Reince Priebus, to discuss the trip and his news conference, and he also huddled with White House press secretary Sarah Huckabee Sanders in his cabin at the front of the plane to strategize."

Trump thought the summit was "a clear success" and was "flummoxed" by the negative reaction.

"He waxed on about his impressions of Putin up close — strong, smart and cunning, in Trump’s assessment — and told associates that he viewed the Russian as a formidable adversary with whom he relishes interactions," the report says.