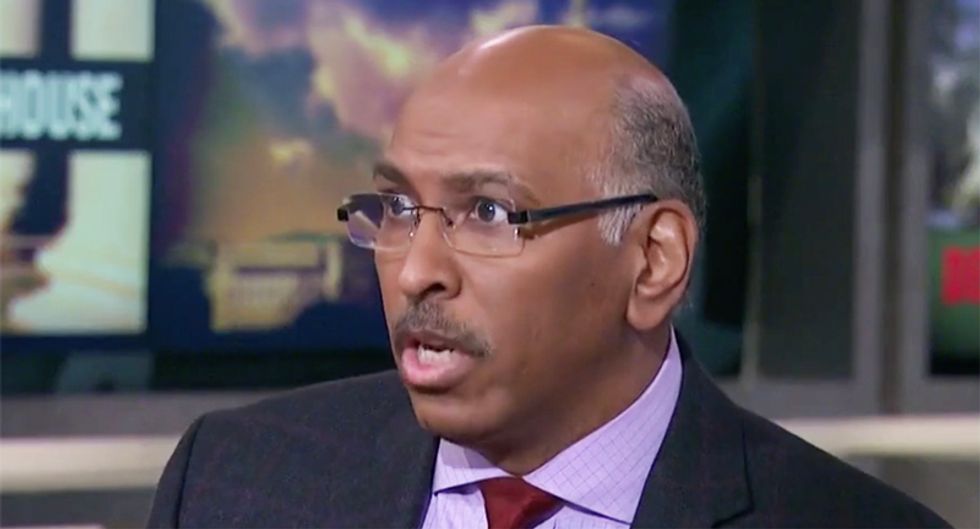 "In your gut, what do you think is going on?" asked Obeidallah.

"I think he [Trump] is a man who still has daddy issues," he explained, while Obeidallah can be heard chuckling. "I believe that. I believe a lot of the behavior orients to his relationship with his father."

Steele explained that family members speak of the late Trump "as someone ... who was a hard man to please and appease."

"To prove that he could do all of the things his father said he could not to," Steele explained. "For example, when his father said to him about starting his real estate business in Manhattan, Donald Trump saw the future and said, 'hey, we should be here.' And his father said, 'No, you're a boy from Queens, you can't make it there.'"

Steele said that there was a class system that Trump grew up with where it mattered which borough people came from.

"I think all of that has played into the psychology of this 71-year-old man, who is now president," he continued.

"I think he [@realDonaldTrump] is a man who still has daddy issues." Former RNC chairman @MichaelSteele drills down… https://t.co/PeoE3q8421
— SiriusXM Progress (@SiriusXM Progress)1531870821.0