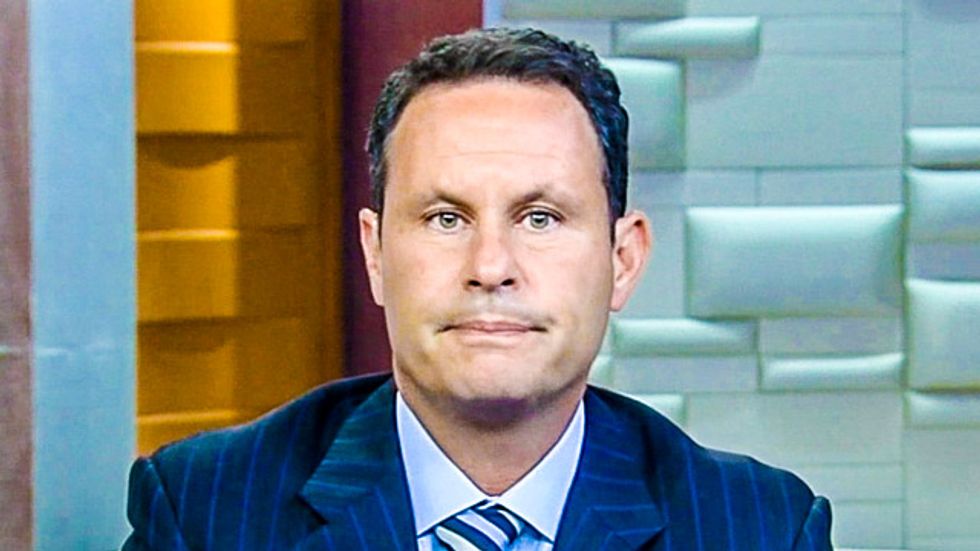 Even President Donald Trump's favorite morning news show is sounding the alarm about his jaw-dropping performance at a joint press conference with Russian President Vladimir Putin on Monday.

During an interview with author Daniel Silva on Tuesday, host Brian Kilmeade asked him to sum up his thoughts on Trump's widely panned appearance in which the president wouldn't say if he believed his own intelligence agencies about whether Russia hacked Hillary Clinton's campaign emails.

Silva did not mince any words.

"I think that even the president's closest aides and his most ardent supporters would concede that he made a very, very, very grave mistake yesterday in Helsinki," the author replied.

Kilmeade seemed to concede that Trump's actions in Helsinki were not ideal, although he still thought the situation was salvageable. He then made an indirect appeal to Trump to fix the situation himself via his Twitter account.

"It's correctable," the Fox host insisted. "It's still early. He can start by even tweeting something out today."

Fox News guest: "I think that even the president's closest aides and his most ardent supporters would concede that… https://t.co/y7Ri9GD01W
— John Whitehouse (@John Whitehouse)1531825213.0