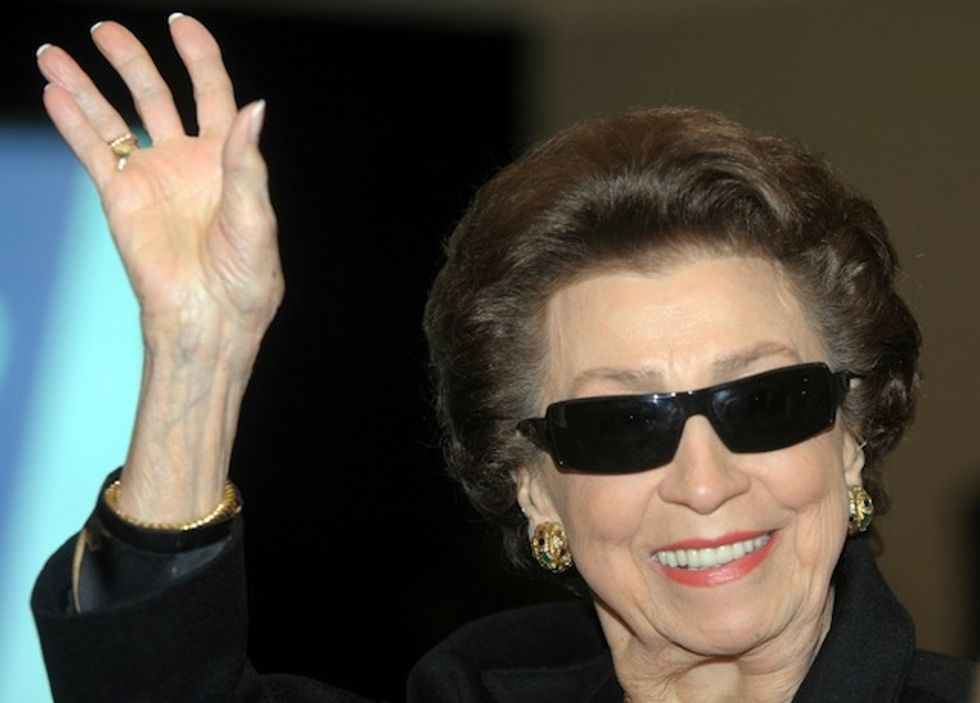 Born Nancy Barbato, she met her future husband when she was 17 while they were holidaying with their families on the Jersey Shore AFP/File / Gabriel BOUYS

Nancy Sinatra Sr, the teenage sweetheart and first wife of legendary singer Frank Sinatra, has died. She was 101.

The announcement was made by Nancy Sinatra Jr who wrote on her website that her mother had died at 6:02 pm on Friday but did not say where.

"She fought hard to remain on this earth but time got the better of her," she wrote, adding that her mother passed "peacefully."

"Godspeed, Momma and thank you for everything."

Frank and Nancy Sinatra had three children together.

Born Nancy Barbato on March 25, 1917 in Jersey City, she met her future husband in the summer of 1934, while they were holidaying with their families on the Jersey Shore.

"Nancy was giving herself a manicure on the front porch when Frank came over with his ukulele and began to serenade her," according to an account on Sinatra's website.

"One thing led to another, and they started going together."

They wed in 1939 at the Our Lady of the Sorrows church in Jersey, then moved into a modest New York apartment while Nancy worked as a secretary.

In 1950, humiliated by reports in the press of Frank's affair with screen siren Ava Gardner, Nancy filed for separation and their divorce was finalized in 1951.

But he remained close with Nancy until his death in 1998, according to the New York Times.

The oldest of their three children is Nancy Sinatra Jr, who went on to have a successful singing career with hits such as "These Boots Are Made for Walkin" and "Something Stupid", a duet she sang with her father.

Their second child Frank Jr, who died in 2016, also had a career in music, while the youngest is Tina Sinatra.