'Game of Thrones' storms back into Emmys race with 22 nominations 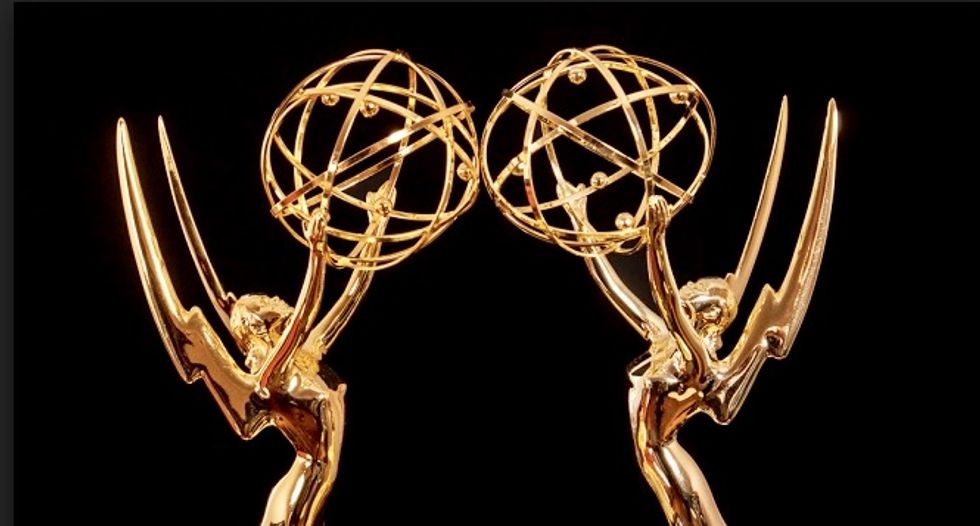 Record-breaking fantasy epic "Game of Thrones" made a storming comeback Thursday to Hollywood's awards circuit after a year off, dominating this year's Emmy nominations with a whopping 22 nods.

The smash hit HBO show, which returns for a shortened eighth and final season next year, will vie once again for the coveted best drama series prize, several acting trophies and a slew of technical awards.

The Television Academy's 22,000-plus members spent two weeks in June sifting through more than 9,000 entries to choose nominees for the Emmys, the small-screen equivalent of the Oscars.

In fact, many critics argue that it hasn't been a vintage year for television, with very few new shows making waves -- instead, perennial favorites were recognized for having delivered yet another year of quality.

The Emmys recognize programs shown in the year to May 31, meaning some of the usual heavy hitters -- from "Better Call Saul" to "House of Cards" and "Veep" -- are absent this time around.

With women's rights advocates angry over President Donald Trump's nomination of an ultra-conservative judge to serve on the Supreme Court, a show about a fictional nightmarish America run by a totalitarian regime is an early favorite to steal the thunder of "Thrones."

Hulu's "The Handmaid's Tale" scored 20 nominations -- seven better than last year -- and is an early favorite to repeat as the winner for best drama in September.

Another big story on Thursday was Netflix ending a 17-year winning streak by HBO. The streamer led the nominations with 112, while HBO scored 108. Adrift in third was NBC with 78 nods.

But it was "Thrones" that set the Emmys pace with its seventh season, which aired last summer, earning recognition for cast members Lena Headey, Nikolaj Coster-Waldau, Peter Dinklage and Diana Rigg.

It will also be in contention for directing, writing and a host of technical awards, as well as best drama, where the other rivals include FX's "The Americans," which wrapped recently and has four nods in total.

The category is completed by "Westworld," Netflix's "The Crown," which finished on 13 nominations, and the streaming service's sci-fi series "Stranger Things" (12), as well as NBC's family drama "This is Us."

"Thrones" made television history in 2016 to become the most decorated fictional show in the Emmys' seven-decade life span.

"The Assassination of Gianni Versace," one of the few serious contenders this year that can claim to be entirely new, picked up an impressive 18 nominations.

Part of FX's "American Crime Story" strand from the mind of Emmys mainstay Ryan Murphy, it is the follow-up to the acclaimed "The People v. O. J. Simpson" (2016).

The series had been expected to dominate the acting races among the limited series and TV movies -- and indeed it did, with Darren Criss, Penelope Cruz, Edgar Ramirez and Ricky Martin all nominated.

The comedy crown usually stored in the "Veep" trophy cabinet went this year to "Atlanta," the FX comedy created by and starring Donald Glover, which amassed 16 nods.

Samira Wiley, nominated for guest actress in "The Handmaid's Tale," and Ryan Eggold ("New Amsterdam") presented the nominations from the Television Academy in Los Angeles.

The most star-studded category, as is often the case, was best actor in a limited series or TV movie, where Antonio Banderas, Benedict Cumberbatch, John Legend and Jeff Daniels all picked up nominations.

Al Pacino, Kyle MacLachlan, and Michael B. Jordan were all in the hunt but missed out.

But the early money for the win in September is on Criss, a much lesser-known face who plays Versace's killer Andrew Cunanan in the FX drama.

Returning after a two-decade hiatus, "Roseanne" was one of the few depictions of working-class life on US television in the last 12 months, and also one of the only shows about Trump supporters otherwise largely ignored by Hollywood.

It looked like it was going to be shut out of this year's Emmys after 65-year-old star Roseanne Barr -- a vocal Trump backer who has tweeted far-right and conspiracy theorist views -- was dropped by ABC for making a racist slur on Twitter.

But the scandal appeared not to have tainted much-admired Tony winner and Oscar nominee Laurie Metcalf, Roseanne's sister Jackie in the show, who picked up her eighth nomination.

Second round voting takes place in August while the ceremony itself will be beamed live from the Microsoft Theater in Los Angeles on September 17 on NBC -- hosted by "Saturday Night Live" duo Colin Jost and Michael Che.