'Get out of Idaho, half-breed!' Racist man caught on camera screaming at Christian teens outside McDonald's 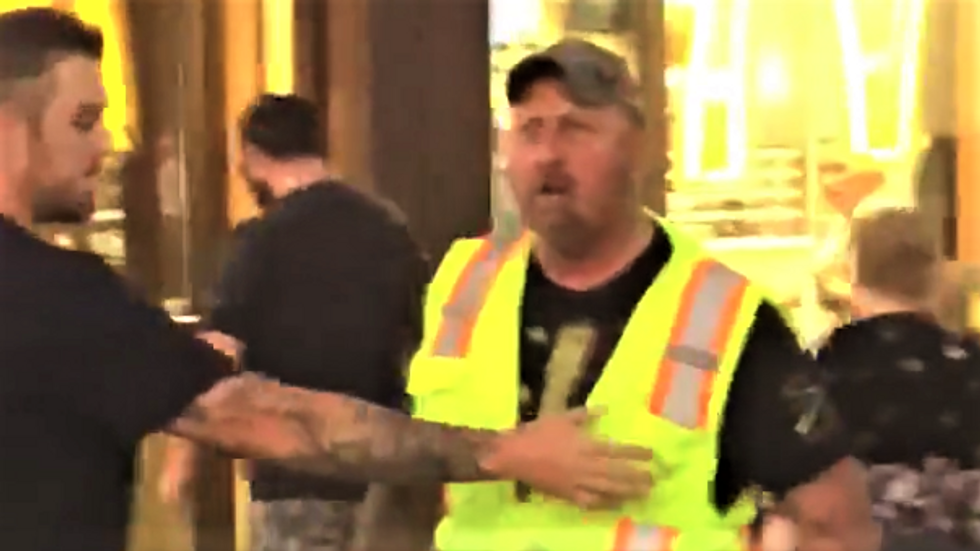 52-year-old Idaho resident Richard Sovenski was arrested this week after a video showed him hurling racial slurs at teenagers outside a local McDonald's.

The Pacific Northwest Inlander reports that Sovenski was arrested and charged with "one count of misdemeanor battery and one count of felony malicious harassment, Idaho's hate crime statute" by the Coeur d'Alene Police Department.

Sovenski was arrested days after he was caught on camera berating teenagers at a McDonald's in Coeur d'Alene on July 12.

In the video, Sovenski can be seen following the teenagers out of the restaurant and attacking them with racist abuse.

"Why don't you get a f*cking job," he yells at them. "I will f*ck you up in a f*cking heartbeat you f*cking little f*ggot. Oh you f*ck you, you f*ckin' half breed. Get the f*ck out of Idaho!"

The teenagers were part of a Christian youth group, and they were taken to the McDonald's by group leader Jose Ceniceros as a treat after they had just attended the sermon of a guest preacher.

One witness told police that the teens with Ceniceros were "being rude, dancing and running around causing a disturbance," although Ceniceros disputes that this was the case.

"The kids couldn't really believe it," Ceniceros tells the Pacific Northwest Inlander. "Five minutes earlier we were in church."