'They got to him': Trump creates conspiracy theory to justify ex-intel director's recent attacks 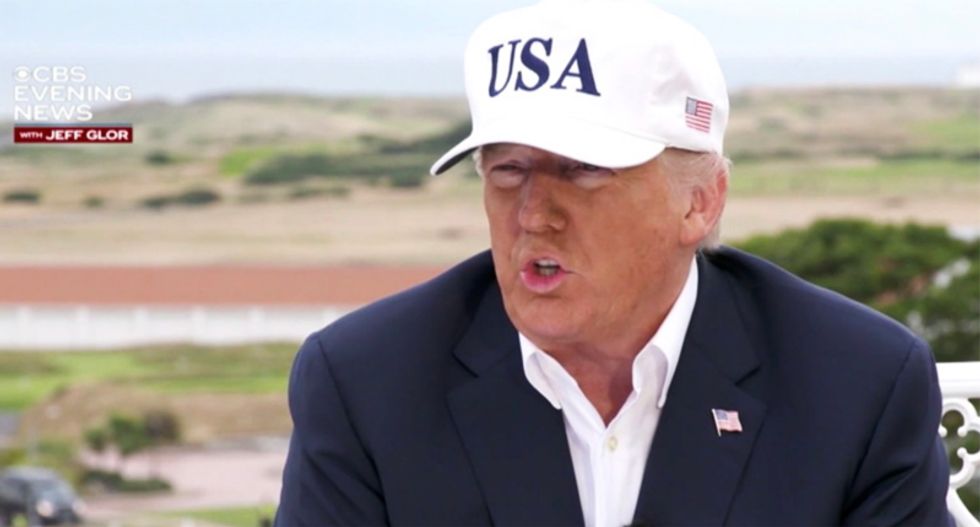 Former Director of National Intelligence James Clapper denounced President Donald Trump and called into question the president's behavior during the joint press conference with Russian President Vladimir Putin. Trump had an excuse for that, however. "They" probably "changed" his mind.

“You know, like everyone else, I’m struggling with some way to capture or describe what we just witnessed. It is truly unbelievable,” Clapper said on CNN Monday, after Trump's press conference. “On the world stage in front of the entire globe, the President of the United States essentially capitulated and seems intimidated by Vladimir Putin. So it was amazing and very, very disturbing.”

“He just is very reticent about direct personal confrontation,” Clapper continued. “So just as he did in the UK with Theresa May, bad mouth her in an interview, but yet when faced with a personal confrontation, a personal engagement, he won’t do it. It’s even worse when it’s our arch adversary, Russia, and his opposite person, Vladimir Putin... While he likes to project the image of being a tough guy, he really isn’t.”

Wednesday, Trump told CBS that he has "no confidence in Clapper."

"You know, Clapper wrote me a beautiful letter when I first went to office and it was really nice and all of the sudden he's haywire," Trump said. "Because they got to him and they probably got him to say things that he probably doesn't even mean."