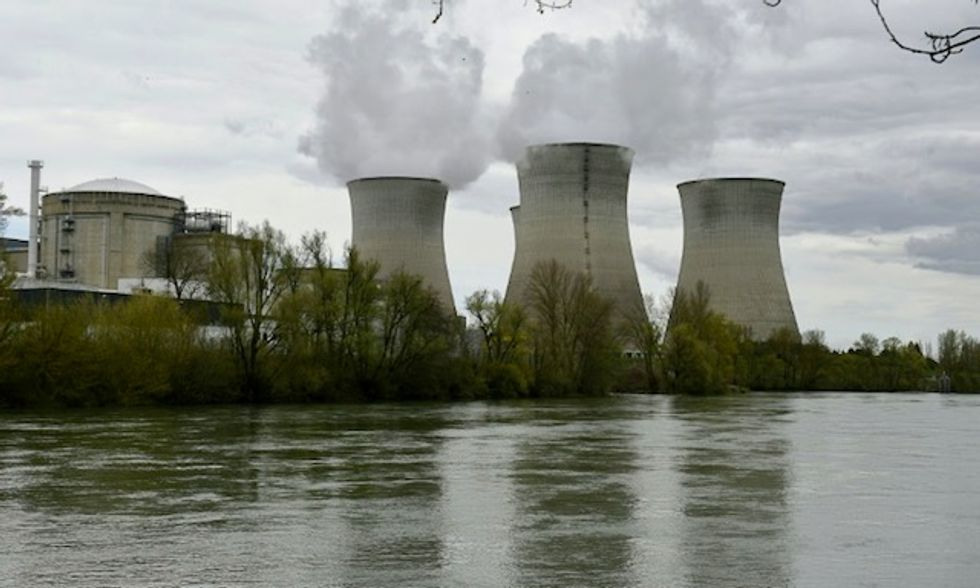 Greenpeace activists said Tuesday they had flown a drone fitted out as a flying Superman into a nuclear energy plant in southeast France, aiming to show how the country's reactors are vulnerable to terror attacks.

A video released by the environmental group shows the drone zipping through restricted airspace above the Bugey plant about 25 kilometres (16 miles) outside Lyon before crashing into a building on site.

It said the drone struck a storage pool for spent nuclear fuel next to a reactor, one of the most radioactive areas at the site.

"This is a highly symbolic action: it shows that spent fuel pools are very accessible, this time from the air, and therefore extremely vulnerable to attack," Yannick Rousselet, head of Greenpeace France's anti-nuclear campaign, in a statement.

French electricity group EDF played down any security risk, saying police forces had intercepted one of two drones launched by Greenpeace at dawn on Tuesday.

"The fuel building is key for security, designed in particular to withstand natural or accidental damage, which ensures its high degree of robustness," the company said, adding that it would lodge a complaint with police.

Greenpeace has carried out several actions aimed at highlighting the danger posed by French nuclear plants, which generate the bulk of the country's electricity needs.

In February, eight activists were sentenced to jail terms or fines after breaking into a plant and setting off fireworks last year.

After Greenpeace activists broke into another nuclear plant last November, the French government opened a parliamentary inquiry into nuclear safety and security.

The findings of the report, which include an analysis of potential risks of drones equipped with explosives, are expected to be released soon.

In 2014 and 2015, drone flights were reported over several French nuclear plants,