'Hell hath no fury like a fixer scorned': Internet unloads on Cohen for refusing to pledge loyalty to Trump 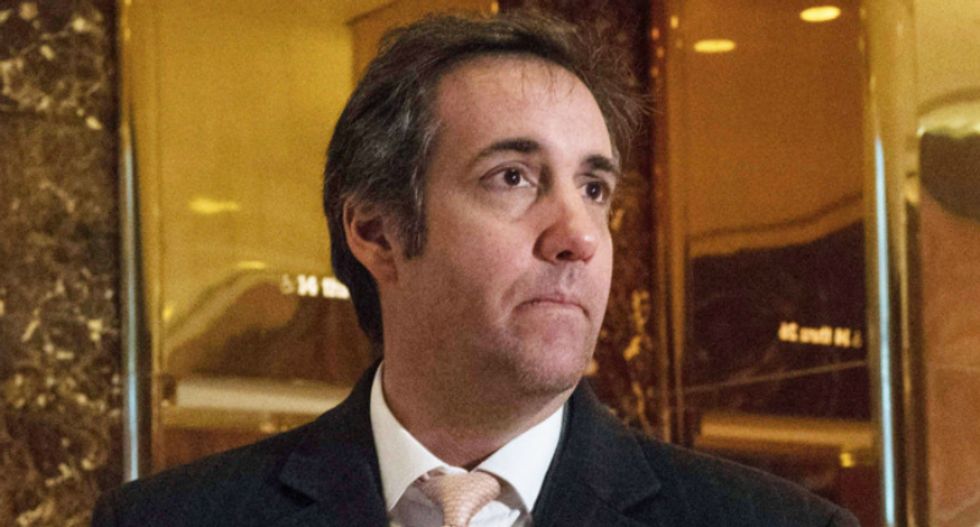 In a stunning Monday morning interview with Good Morning America, Donald Trump's longtime personal attorney Michael Cohen said he puts "family and country" first — a far cry from a previous claim by the president's fixer that he'd take a bullet for him.

Immediately, speculation began to stir that Trump's heavily-scrutinized personal lawyer may have already flipped on the president.

National security lawyer Bradley P. Moss, meanwhile, noted the most important aspects of the Cohen interview, including that he will no longer be sharing documents with the president's legal team.

THANK YOU @GStephanopoulos for your incredible reporting and the #BREAKINGNEWS that Michael Cohen is no longer goin… https://t.co/XLcqZXmDGZ
— Debra Messing✍🏻 (@Debra Messing✍🏻) 1530531931.0

The former leader of the Oath Keepers militia and his four associates went on trial for seditious conspiracy this week. The defendants are accused of conspiring to prevent the transfer of power from Donald Trump to Joe Biden, a plan which included, but was not limited to, the siege of the US Capitol on January 6.

Stewart Rhodes and his minions are the first J6 defendants to be tried under this rarely-used Civil War-era statute. The government’s track record of convicting far-right defendants of seditious conspiracy is weak, but the facts of the Oath Keeper affair make for an unusually strong case.

Astronomers have discovered a stunning fact about so-called 'Super Earths'

A federal judge tossed out a lawsuit from the right-wing law outfit Wisconsin Institute for Law & Liberty (WILL) that challenged the Biden Administration’s student debt forgiveness plan.


WILL had filed the lawsuit earlier this week on behalf of the Brown County Taxpayers Association, arguing the plan to forgive up to $20,000 in student loan debt for people who make less than $125,000 a year is illegal executive overreach.