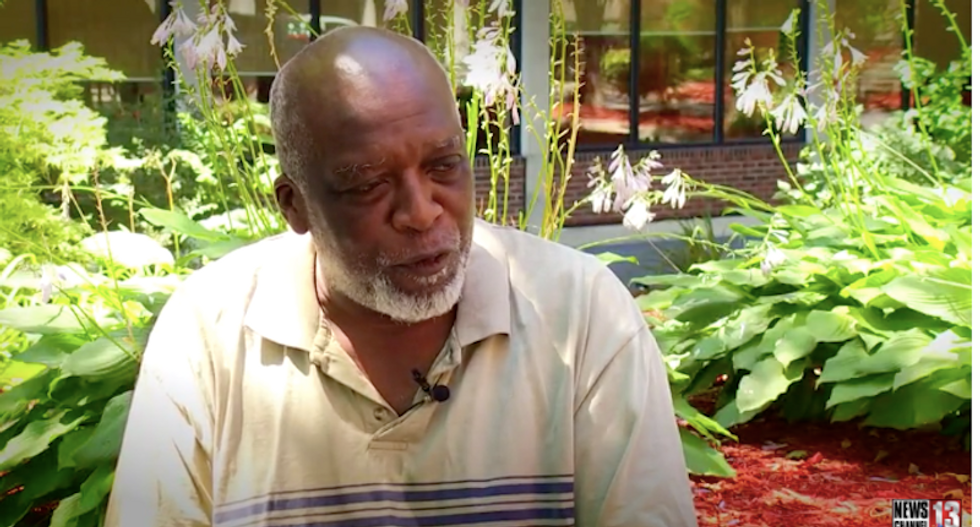 Editors note: According to an email sent to Raw Story Friday afternoon by Matthew Harrigan -- Senior Manager of Corporate Communications at The Home Depot -- Maurice Rucker has been offered his job back.

In the email, Harrigan wrote: " I’m reaching out from The Home Depot to provide an update regarding Maurice Rucker. We’ve taken another look at this and we are offering Maurice his job back. Would you mind updating your story?

A Home Depot in Albany allegedly fired a black man after a racist Trump supporter hurled abusive racial slurs at him.

The Times-Union reports that Maurice Rucker, 60-year-old black man, was let go from a job he's held for 10 years—making $13 an hour—because he politely asked a customer to leash his dog in the store.

"I said to him, "Sir, when you have your dog in here we prefer that you keep it on a leash,'" according to the Times-Union.

He says, 'If Trump wasn't president, you wouldn't even have a job.' He said, 'You're from the ghetto, what do you know?'"

"I've lived all over the country and I've had no one talk to me the way that this guy talked to me," said Rucker.

After the relentless barrage of insults, Rucker shot back.

"'You're lucky I'm at work, because if I wasn't, this wouldn't be happening, or you wouldn't be talking to me like this,'" Rucker told the Times Union.

Home Depot, which had not given Rucker a sizable raise during his decade of service, told the paper that they were sorry their employee was subject to racist abuse, but that he was nevertheless in the wrong.

"The problem here is that he had several opportunities to disengage and contact management to deal with the customer. We're appalled by this customer's behavior, but we also must require associates to follow proper protocol to defuse a situation for the sake of their safety and the safety of other associates and customers," a spokesperson for Home Depot said.