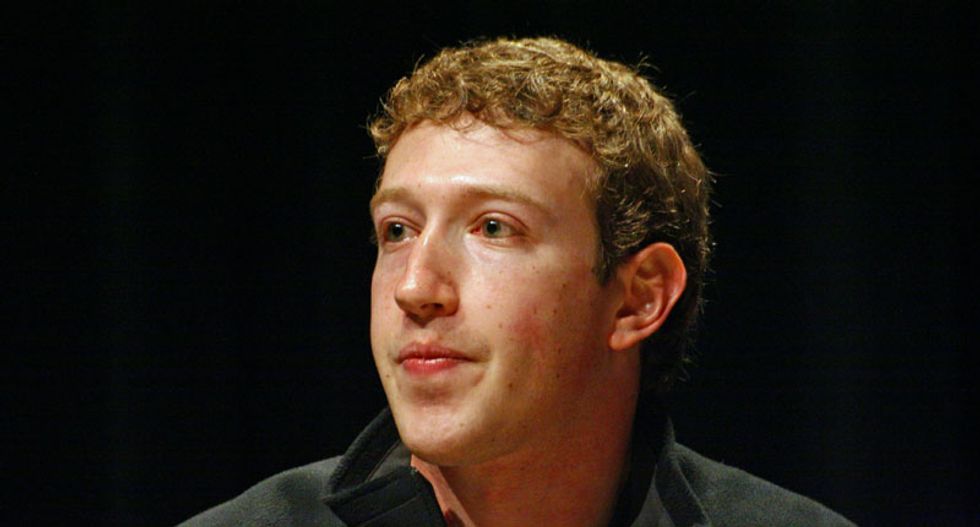 Lenny Pozner and Veronique De La Rosa, two parents who lost their 6-year-old son in the 2012 massacre at the Sandy Hook Elementary School, have written a scathing open letter to Facebook CEO Mark Zuckerberg over his decision to not kick conspiracy theorist Alex Jones off his platform.

The two parents called out Zuckerberg for letting Jones, who claimed that the Sandy Hook massacre was a "false flag" operation set up by the federal government as a pretext for seizing Americans' guns, continue to propagate misinformation on Facebook.

"Conspiracy groups and anti-government provocateurs began making claims on Facebook that the massacre was a hoax, that the murdered were so-called 'crisis actors' and that their audience should rise up to 'find out the truth' about our families," they write, in a letter posted in the Guardian titled "our child died at Sandy Hook – why let Facebook lies hurt us even more?" "These claims and calls to action spread across Facebook like wildfire and, despite our pleas, were protected by Facebook."

Because of these bogus conspiracies, the parents write, they have had to endure "online, telephone, and in-person harassment, abuse, and death threats" that have forced them to relocate multiple times to protect both themselves and their surviving kids.

The two parents conclude with a damning indictment of Zuckerberg's ethics and business priorities.

"We are unable to properly grieve for our baby or move on with our lives because you, arguably the most powerful man on the planet, have deemed that the attacks on us are immaterial, that providing assistance in removing threats is too cumbersome, and that our lives are less important than providing a safe haven for hate," they write.