'I’m gonna get you, n***er!' White man melts down at family over their anti-Trump yard sign 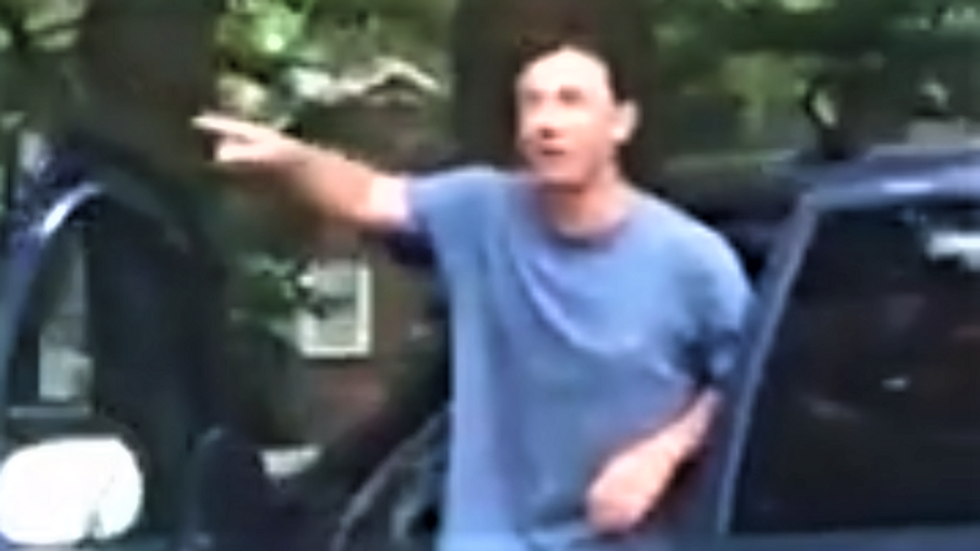 A white man this weekend was caught on camera angrily attacking a family in North Carolina because they had a "F*ck Trump" sign on their lawn.

In a video posted by the "Charlotte Uprising" Twitter account, the man is seen approaching the family's house and claiming that he was merely upset about the sign because he didn't want children to see the word "f*ck" when they passed the house. The man also claimed that he was a Bernie Sanders supporter, although he quickly started slinging racist rhetoric that Sanders has regularly denounced.

"It smells like g*ddamn weed in your entire f*cking house, that's why the cops are coming right now, motherf*cker!" he yelled at them before retreating to his truck. "I'm gonna get you, n*gger! N*gger, n*gger, n*gger!"

When family members walked toward his truck to get a video of his license plate, the man continued ranting against them.

"I built this country!" he said. "And y'alls' house smells like f*cking weed! I smelled it when I was walking up here!"