'I'm telling the truth': Jim Jordan claims he 'stood up' for athletes who he didn't know were being molested 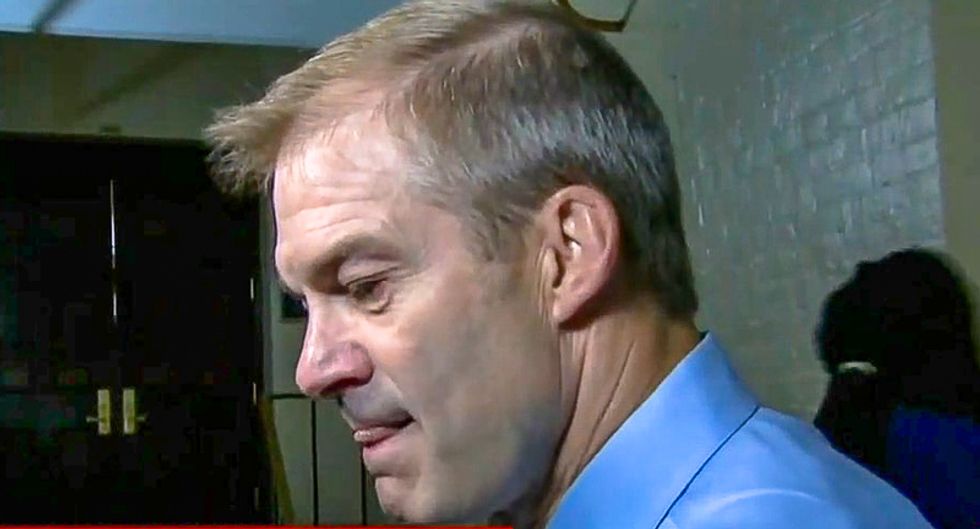 Embattled Rep. Jim Jordan (R-OH) insisted on Wednesday that he is "telling the truth" when he says that he was not aware wrestlers were being molested while he was coaching at OSU.

While speaking to reporters at the Capitol on Wednesday, Jordan disagreed with former wrestlers who say that that then then-assistant coach knew that a team doctor was molesting students.

"I'm telling the truth," Jordan told reporters. "Look, I stood up to the Speaker of the House from my home state, stood up the IRS and have stood up to the FBI. To think that I would not stand up for my athletes is ridiculous."