'I'm tired of that': Chuck Todd finally shuts down Hugh Hewitt for saying the media lies about Trump and Russia 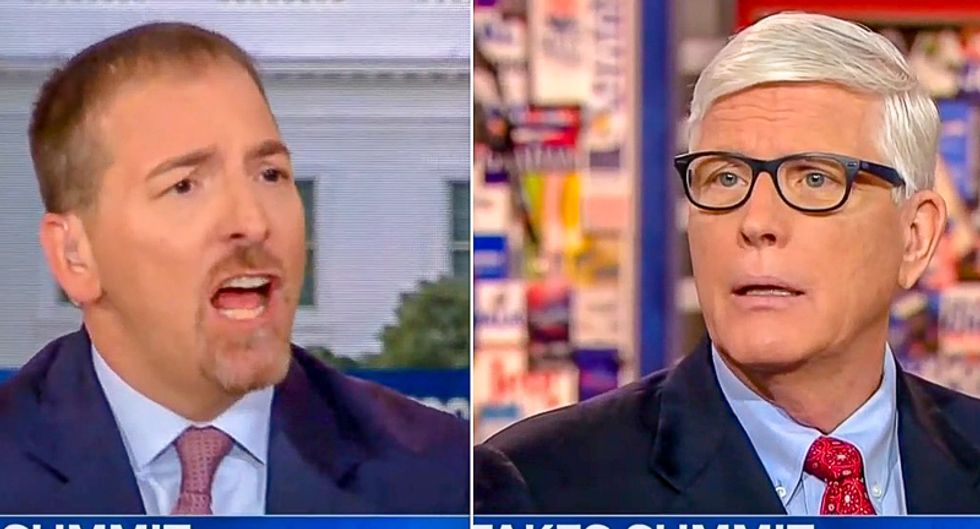 NBC host Chuck Todd on Sunday corrected Hugh Hewitt after the conservative radio host suggested that only members of the media have been critical of President Donald Trump's attitude about the Russian government.

During a panel discussion on Meet the Press, Hewitt argued that "the American media is trying to infuse Donald Trump with a sort of willful blindness he doesn’t demonstrate" toward Russia.

According to Hewitt, whose MSNBC show was recently cancelled, the media "tries to make Trump" seem unprepared for his summit with Russia President Vladimir Putin.

"It's not the media that's saying this!" Todd exclaimed. "It's people inside the White House, Hugh."