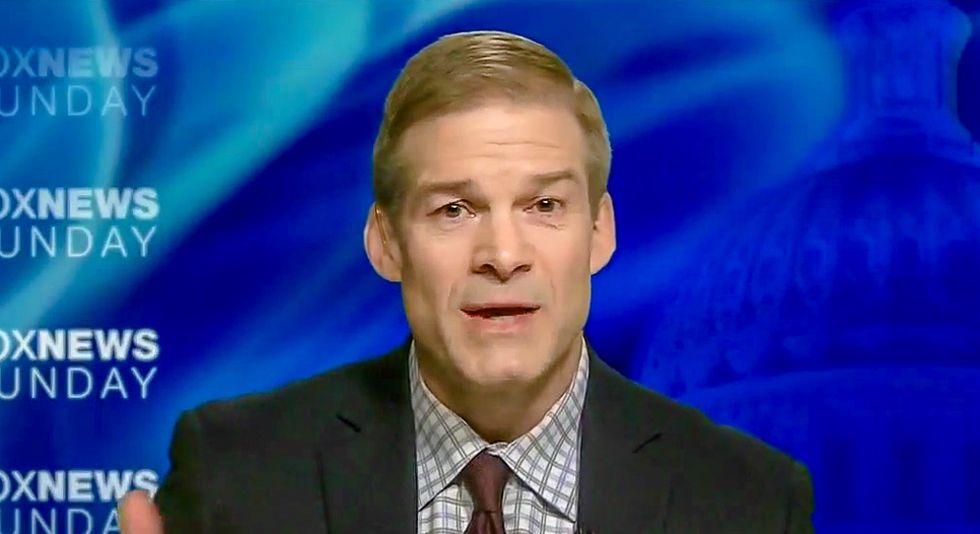 Embattled Rep. Jim Jordan (R-OH) on Wednesday charged that CNN is "fake news" because the media company has begun interviewing his former staffers.

After allegations came to light that Jordan was aware of sexual molestation while coaching wrestlers at OSU, CNN sought to interview over 100 "former staffers and interns," Jordan said.

Conducting interviews is considered to be a normal part of the news gathering process.

But the former OSU assistant coach expressed his outrage in a tweet on Wednesday.

"Now @CNN is contacting all 100+ of our former staff and interns asking for dirt on me," he complained. "Getting desperate! How can you ever trust such #fakenews?"

Jordan insisted earlier that he was "telling the truth" when he claimed that he was not aware of the cases of sexual molestation at OSU.