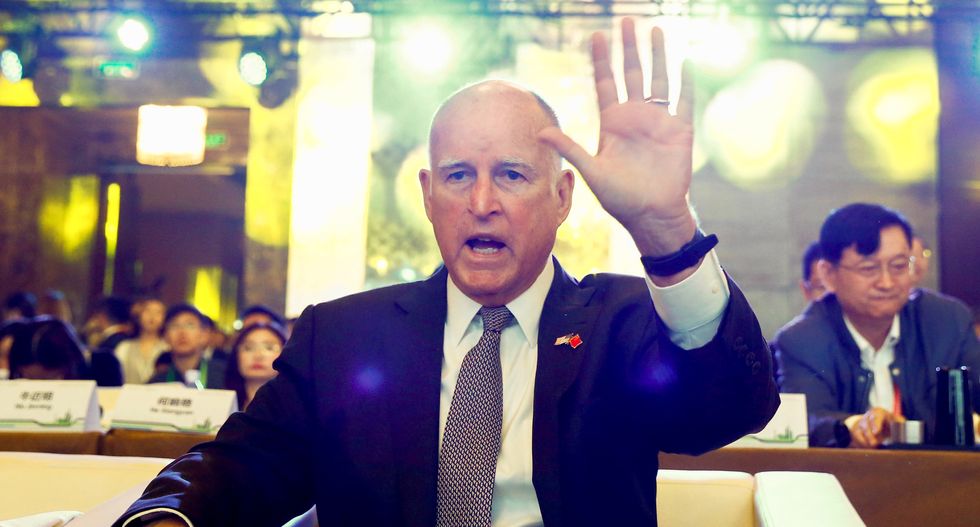 California Governor Jerry Brown, a Democrat, signed into law in October measures that, among other things, prevent police from inquiring about immigration status and curtailing law enforcement cooperation with immigration officers.

The law extended to the entire state protections for illegal immigrants that exist in several so-called sanctuary cities, including Los Angeles and San Francisco.

The U.S. Justice Department sued the state in March, taking aim at three laws that the administration said violated the U.S. Constitution.

On Thursday, U.S. District Judge John Mendez in Sacramento largely sided with the state against the Trump administration, which was seeking an injunction to prevent California from enforcing the measures.

California, the country’s most populous state, leads the nation in its population of illegal immigrants, with more than 2.3 million people lacking legal status, according to the Pew Research Center.

Mendez did, however, issue an injunction that bars California officials from imposing fines of up to $10,000 on employers who grant immigration officials access to a private workplace or to employment records.

The Trump administration has been battling many Democratic-governed cities over sanctuary laws. In June, the administration asked the U.S. Supreme Court to narrow a lower court’s nationwide order that barred the federal government from denying public safety grants to municipalities that limit cooperation on immigration enforcement.

Mendez was named to the federal bench by U.S. President George W. Bush.