Kellyanne Conway: Ignore what Trump said in Helsinki and on Twitter — that typed statement is what he really thinks 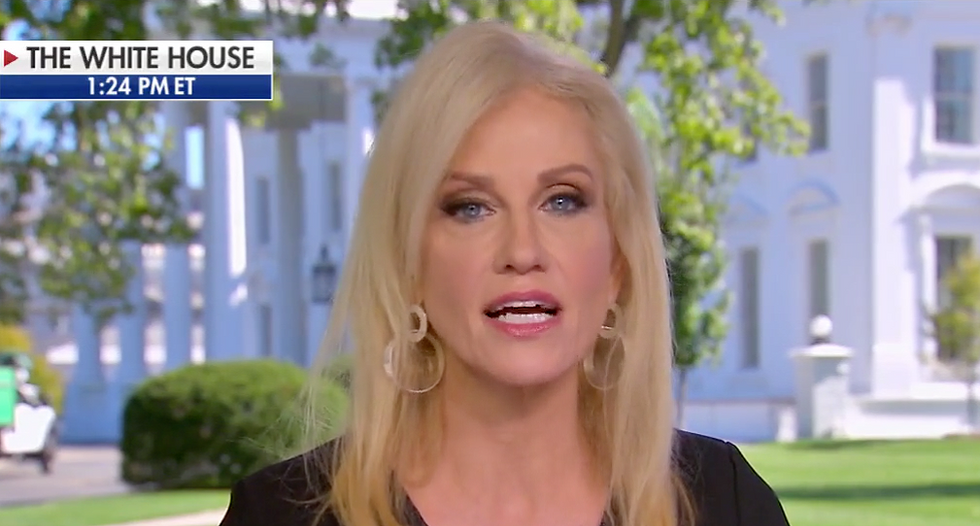 Trump adviser Kellyanne Conway told "Fox & Friends" on Wednesday that they should ignore what President Donald Trump said on Monday during his joint press conference with Russian President Vladimir Putin and should instead focus on what he read from a piece of paper on Tuesday.

On Monday, Trump refused to say whether he believed his own intelligence agencies' assertions that Russia interfered in the 2016 presidential election, even as he said that Putin seemed very credible when he denied Russia had any involvement in the hacking of the Democratic National Committee and Hillary Clinton's campaign.

On Tuesday, Trump read a scripted walk-back in which he said he accepted the intelligence agencies' findings, although he added that there could have been other actors besides Russia interfering as well.

On Wednesday, however, Trump was back to attacking critics of his meeting with Putin -- and he said that he and Putin "got along well."

While appearing on Fox, Conway urged viewers to simply focus on Trump's scripted statements about the meeting.

"People should look at what the president said yesterday," she insisted. "He stands with intelligence, he accepts the finding, he knows that Russia meddled in the election. But let's make very clear -- did it impact a single vote? No."

.@KellyannePolls: “People should look at what the president said yesterday that he stands with intelligence, he acc… https://t.co/R3PYxrO3bi
— Fox News (@Fox News)1531917840.0