LISTEN: Republican Congressman longs for days he can openly call women 'sluts' and they're forced to 'behave' 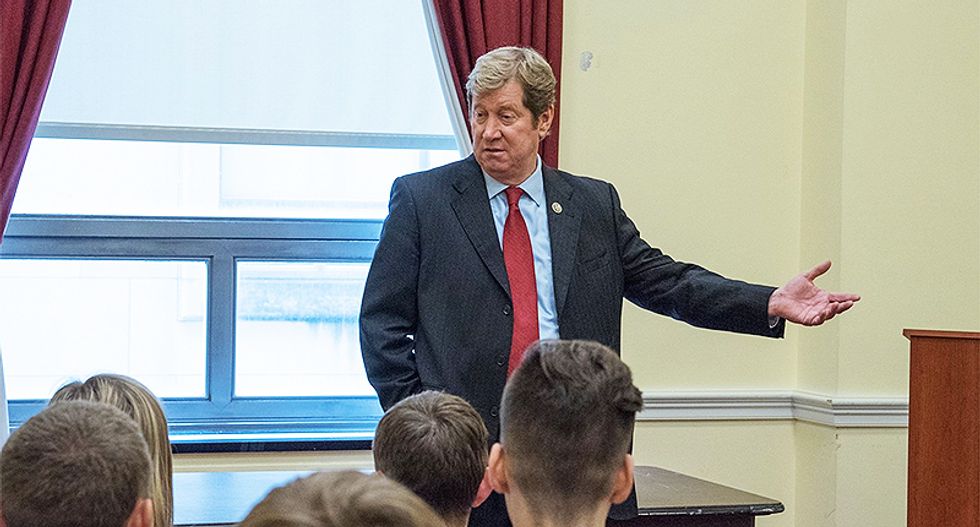 A radio interview with Rep. Jason Lewis (R-MN) has surfaced on CNN's KFile that has the Republican ranting about "sluts" who need to "behave."

"Well, the thing is, can we call anybody a slut? This is what begs the question. Take this woman out of it, take Rush out of it for a moment," Lewis said in the recording from March 2012. "Does a woman now have the right to behave -- and I know there's a double standard between the way men chase women and running and running around -- you know, I'm not going to get there, but you know what I'm talking about. But it used to be that women were held to a little bit of a higher standard. We required modesty from women. Now, are we beyond those days where a woman can behave as a slut, but you can't call her a slut?"

The comment came as part of a conversation about young female voters. According to him they only care about voting about birth control pills. Those women, to Lewis, aren't human beings and don't have brains. His reference was to Sandra Fluke, who came under attack by the right-wing when she testified on the importance of no-cost birth control as part of the Affordable Care Act. At the time, she said that students can spend up to $1,000 annually for birth control.