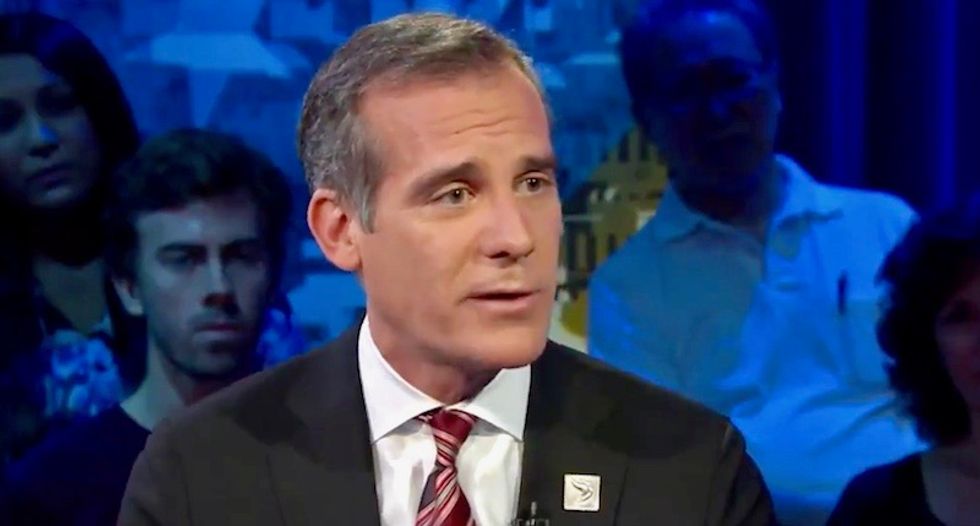 Garcetti gave the immigration situation as an example. Trump created a crisis, he said, then bungled the handling of the crisis.

"Did somebody say they had to seperate children from the their parents at the border?" he asked. "They created that problem and then they can;t solve it... they are creating thee problems, they are picking fights, they are losing friends and allies."