Melania Trump made at least $100,000 as First Lady thanks to photographic royalties 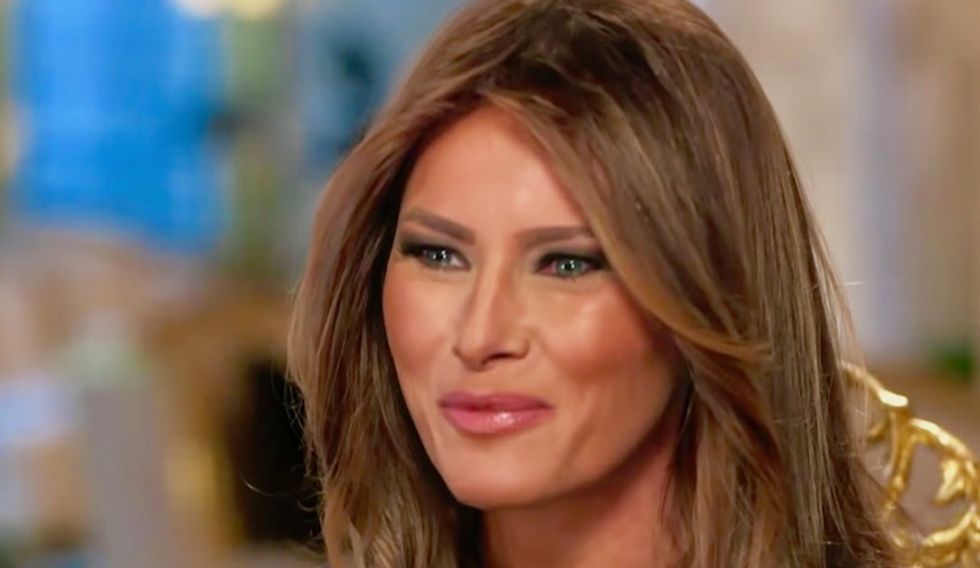 In her first year as First Lady, Melania Trump made between $100,000 and $1 million in photographic royalties. This is possibly the first time a First Lady has monetized her position. Some First Ladies have written books during their time in the White House, but donated the proceeds to charity. Some also have written books after leaving the White House, but this income is from photos taken prior to Melania Trump becoming First Lady, and was enhanced because of it.

Melania Trump earned the money thanks to a deal with Getty Images "for the use of any of a series of 187 photos of the first family shot between 2010 and 2016 by Belgian photographer Regine Mahaux," NBC News reports. "It's not unheard of for celebrities to earn royalties from photos of themselves, but it's very unusual for the wife of a currently serving elected official."

The funds were paid to Getty, which reportedly was supposed to tell news agencies they could only use the images in "positive" news stories. News agencies were not told Trump would be receiving royalties, which may have entered in their decision to pay for the right to use the images.

The revelation comes after President Trump's May financial disclosure was made public. In the years before she became First Lady, whatever sums she earned on the royalties of the photos did not meet the threshold for them to be reported.

"In a standard photo contract, the photographer gets royalties and the photo agency receives fees for each use of an image. Models are not paid royalties," NBC News reports. "Paying royalties to the Trumps and limiting the use to only positive stories about a prominent politician is unusual"