Michael Caputo loses it on CNN and calls for FISA to be ‘eliminated’: ‘The FBI owes Carter Page an apology’ 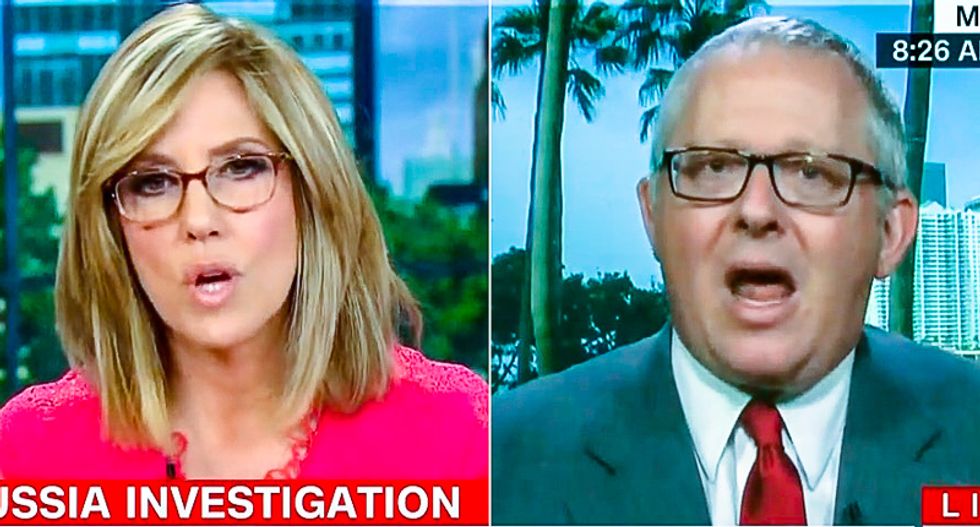 CNN's Alisyn Camerota lost control of an interview with Michael Caputo on Monday after the former Trump campaign official called for an end to the FISA Court, which allows U.S. law enforcement to surveil foreign threats.

Caputo immediately launched into a conspiratorial rant about how the American intelligence community is trying to "remove" Trump from office.

"Come on, Michael," Camerota said. "Hold on a second. Hold on. Let's just stick with the facts."

Caputo, however, insisted that the intelligence community was "pursuing the opportunity to spy on the Trump campaign" when it obtained a FISA warrant to surveil campaign staffer Carter Page, who was thought to be an agent of the Russian government.

"You're not answering my question," the CNN host pleaded. "Why did he stand on the world stage and insult America?"

"I believe that you're wringing your hands over something that is not true," Caputo opined. "The president expressed his displeasure and disbelief in findings of an intelligence community that was trying to run him out of office."

"That's not what he did," Camerota shot back. "He holds both countries responsible for Russian meddling? The United States has been foolish? How do you categorize that?"

"The United States -- the intelligence community is responsible, for example, for putting together this FISA application," Caputo complained.

"How is the United States responsible for being a victim of a cyberattack?" Camerota pressed.

"The United States intelligence community is responsible for this bogus investigation," Caputo repeated. "And you can see it from the FISA documents."

"Listen, it's very hard to unhear what we heard [in the Trump press conference] a week ago," Camerota said, trying to regain control of the interview.

"But you're going to have to!" Caputo exclaimed. "The hand wringing has got to stop."

"I think it's just as important to unhear that as those of us who heard president Obama whisper to the president of Russia that he is going to have more flexibility after his own election," Caputo snapped. "That wasn't an appropriate comment either. We needed to get over that, as Republicans. We eventually did. And you'll get over this."

The interview continued for a total of 16 minutes without Caputo acknowledging that Trump had insulted the U.S. intelligence community.

"I'll tell you what, now the FBI and all of those judges owe Carter Page an apology. His country failed him," Caputo ranted wildly at one point. "FISA is a crime against America and needs to be eliminated."

Watch the video below from CNN in two parts.