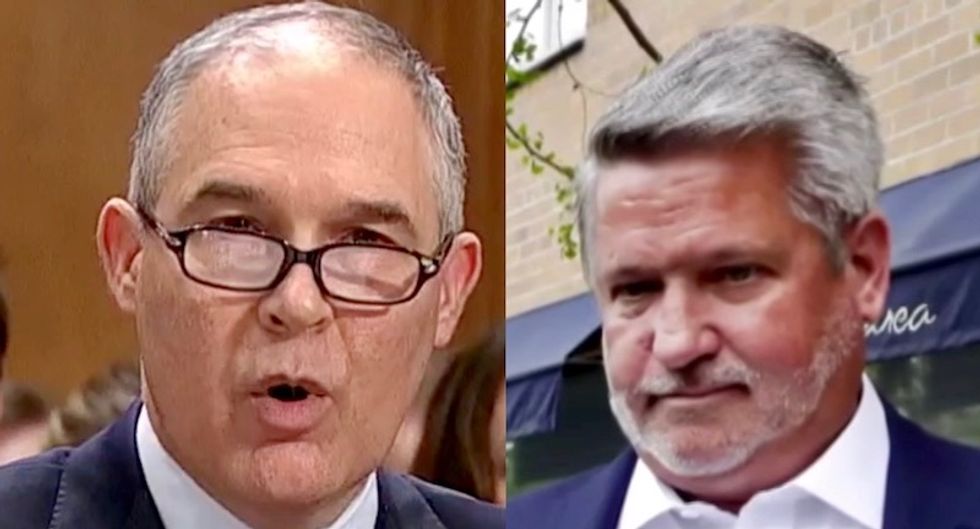 Scott Pruitt resigned as head of the EPA today, capping almost a year of cascading scandals about everything from his pants to his attempt to get a Chick-fil-A franchise for his wife.

Coincidentally, today was also the first day on the job for Bill Shine, who joined the West Wing as a Deputy Chief of Staff.

"Bill Shine is starting off his day by cleaning house," Nichols said. "By trying to have a fresh start at his time in office and trying to clean up some of the ethical challenges, the ethical scandals that have been following the president."

But while Shine wants to get rid of Pruitt because of his bad headlines, the person who replaces him will likely not be an environmentalist. And Shine will not change how Trump does business.

"The Shine regime apparently will not imperil Trump's fondness for Twitter," Nichols said.