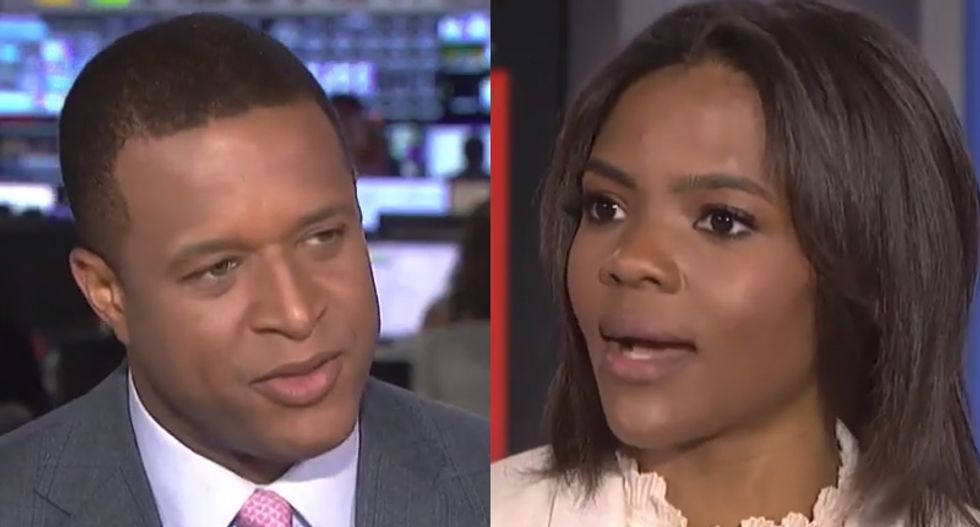 During the interview, Owens insisted that the left was guilty of over-exaggerating the threat posed by Trump and his administration.

"What we see in the leftist media so much is every single week, you're outraged over something else. [Trump] gets a Supreme Court pick, you have to move on, let him pick somebody and then we start to talk about things, but this fear-mongering has to stop," Owens said. "There has to be more rational dialogue and thought here."

But Melvin questioned if it was only the left who engaged in fear mongering.

"I don't recall while Obama was in office for two terms, every single day waking up thinking the world was going to end," Owens replied.

"I vividly recall being at a number of town hall meetings after Obamacare had been launched and people showing up with automatic weapons, people claiming that they wanted to take their country back, so to say that all of a sudden the left is up in arms -- the right was up in arms for a while as well," Melvin said.

"About the president in general, about him not being born in this country," he continued. "That he was a secret Muslim. I mean, there are fringes."

Owens asked Melvin if he thought Obama provoked as much outrage as Trump, but the MSNBC host said that wasn't something for him to decide.

But Owens insisted it was mostly a distraction that had received "way too much coverage."

"You can appreciate how a president who vowed to drain the swamp might receive some legitimate criticism from journalists and the citizens at large," Melvin said.

Owens said she could appreciate it, but she didn't have to "add to the dialogue."

"I don't have to pretend this is something that is a pressing issue... and I choose not to. I choose to pay attention to the crap that's happening in the Democratic Party and the major shift that is happening, and I choose to be at the forefront of it," Owens said.