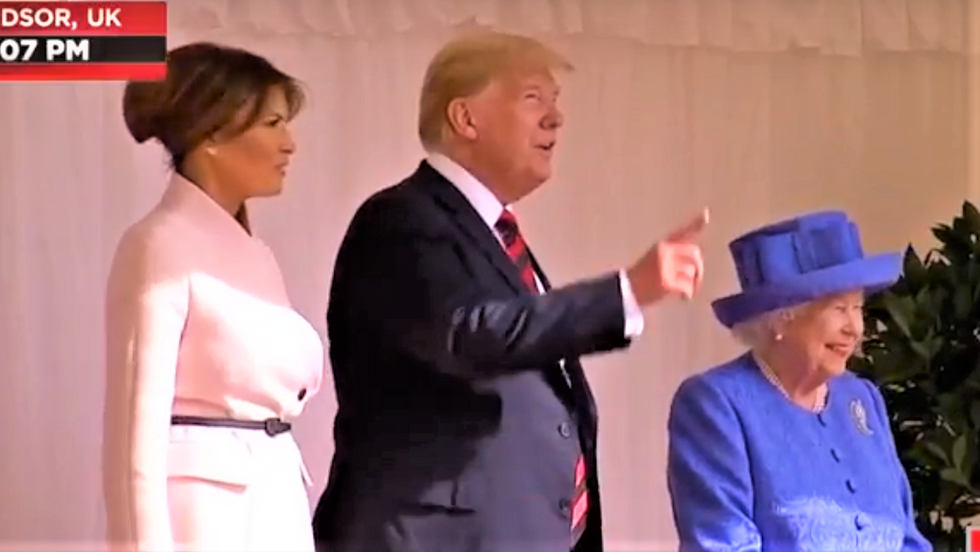 President Donald Trump's highly anticipated meeting with Queen Elizabeth II was spoiled on Friday as news broke that 12 Russian officials had been indicted for allegedly hacking into the Democratic National Committee.

During MSNBC coverage of the president's visit with the queen, Andrea Mitchell cut into footage of a ceremony at Windsor Castle featuring Trump and the queen to announce breaking news out of special counsel Robert Mueller's office.

"We are now hearing that 12 Russians have been indicted by the Justice Department," Mitchell announced as Trump was walking with the queen. "Russian intelligence officers charged with hacking. Now, we know how difficult it would be to ever pursue them in terms of getting them here and prosecuting them, but this adds to the 13 Russians who were not directly involved with the government, per se. But these are Russian intelligence operatives who are charged with hacking the Democratic National Committee in the run-up to the 2016 election."

Shortly before announcing the indictments of the Russians, Mitchell noted that the procession at Windsor Castle was "the kind of pageantry we know President Trump loves."