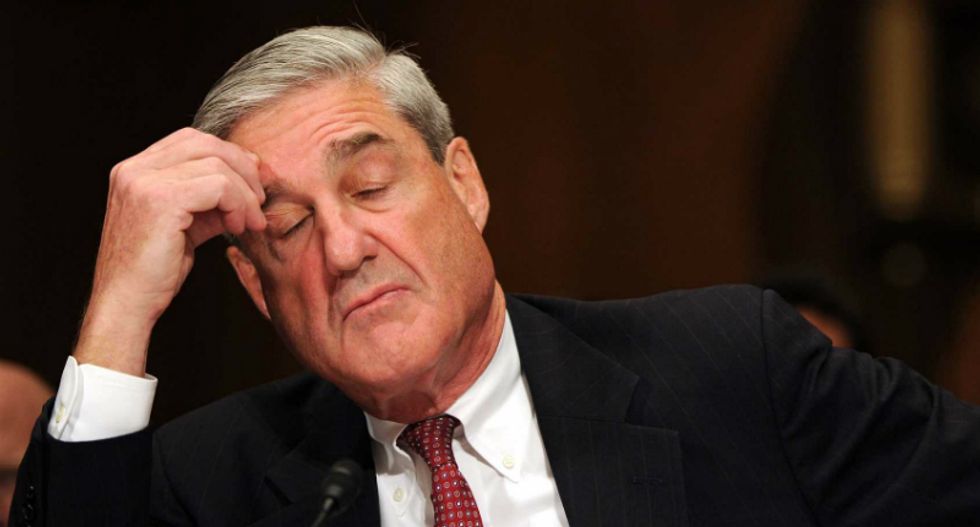 National security reporter Marcy Wheeler made a startling revelation Tuesday on the Empty Wheel blog where she has covered the Russia investigation in meticulous detail.

Republican efforts to scrutinize and discredit the investigation, she said, threaten the safety of a range of witnesses and sources involved in the case.

This includes, she revealed, her.

"Sometime last year, I went to the FBI and provided information on a person whom I had come to believe had played a significant role in the Russian election attack on the US," she wrote.

She continued: "Several times since I first considered sharing information with the FBI, I’ve asked my attorney to contact the FBI to tell them of what I perceived to be a real threat that arose from sharing that information. One of those times, I let law enforcement officers enter my house without a warrant, without me being present."

This threat is exacerbated, she said, by President Donald Trump's allies in Congress, most notably Rep. Devin Nunes (R-CA), who is the chair of the House Intelligence Committee.

"I’m disclosing this now is to put a human face to the danger in which the House Republicans are putting other people who, like me, provided information about the Russian attack on the US to the government," she said.

It infuriates me to observe (and cover) a months-long charade by the House GOP to demand more and more details about those who have shared information with the government, at least some of whom were only trying to prevent real damage to innocent people, all in an attempt to discredit the Mueller investigation. As someone who has worked to rein in dragnets for over a decade, I’m all the more disgusted to see so many lifelong cheerleaders of surveillance pretend to care now.

Though Wheeler keeps secret the identity of the person she discussed with FBI, she shares a text she says the person sent her. In the text, the person warns that, in the hours after the 2016 election, Trump's then-adviser Michael Flynn made contact with Syrian dictator Bashar al-Assad's team.

Wheeler notes that the basic substance of these claims has been substantiated by congressional testimony.

As for her own safety, Wheeler says that she is somewhat protected because she is a public figure known for her work related to this investigation, so any attack on her would draw obvious suspicion. Others, though, who might be uncovered by the GOP's relentless efforts to dig into the Mueller probe, don't necessarily have the same level of security.

"I’m speaking out because they can’t — and shouldn’t have to," Wheeler writes.