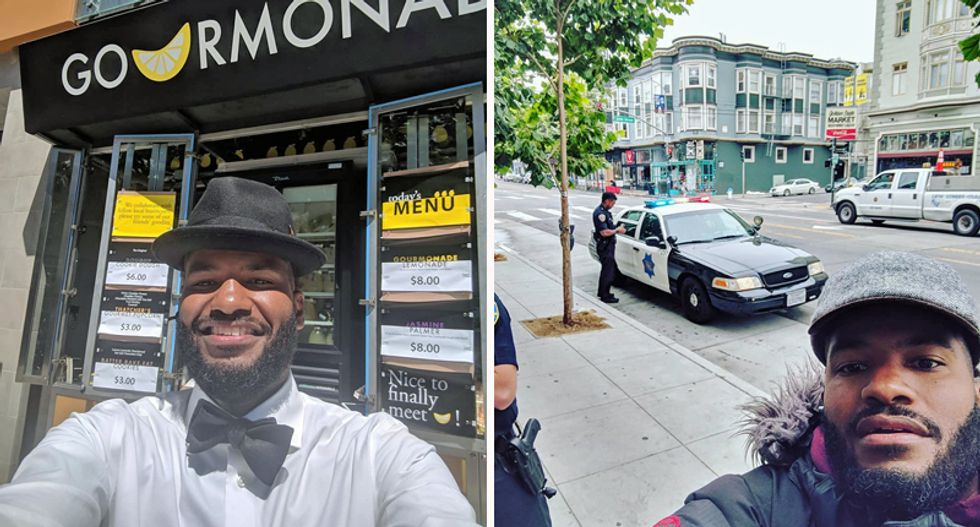 A black businessman in San Francisco explained the hardships of trying to open a business in gentrified neighborhood during a new AJ Plus interview.

Vicktor Stevenson is the proprietor of Gourmonade, a permanent lemonade stand that recently opened on Valencia St. in San Francisco's Mission District.

Stevenson said that even before opening, people had spray-painted racist graffiti on his storefront, tagging his business as "monkey juice."

Things got worse after the opening, with four cops showing up only three days after his grand opening.

"I'm standing here at my store, trying to make sure my security system is up and running properly, and next thing I know, four cops hop out of cars on me," Stevenson recounted.

"And come to find out, somebody in the neighborhood called and said that I was breaking into my own business," he continued.

"I didn't see the other two officers behind me, but the one in front of me had his hand on his gun," he recalled.

The SFPD Mission Station is less than three blocks away, down the same street.

He said he wife had nightmares that night.

"I don't think my family or any other family should have to go through this for no reason," Stevenson concluded.

On Facebook, Stevenson urged accountability for those who call police on people of color for no reason.

"People die because of this kinda misuse of police resources and racial profiling everyday," he reminded.

"I'm just blessed to be alive to tell my story and hopefully can help spark some major changes in how these situations are handled. It's a criminal act and should be treated as such," he concluded.