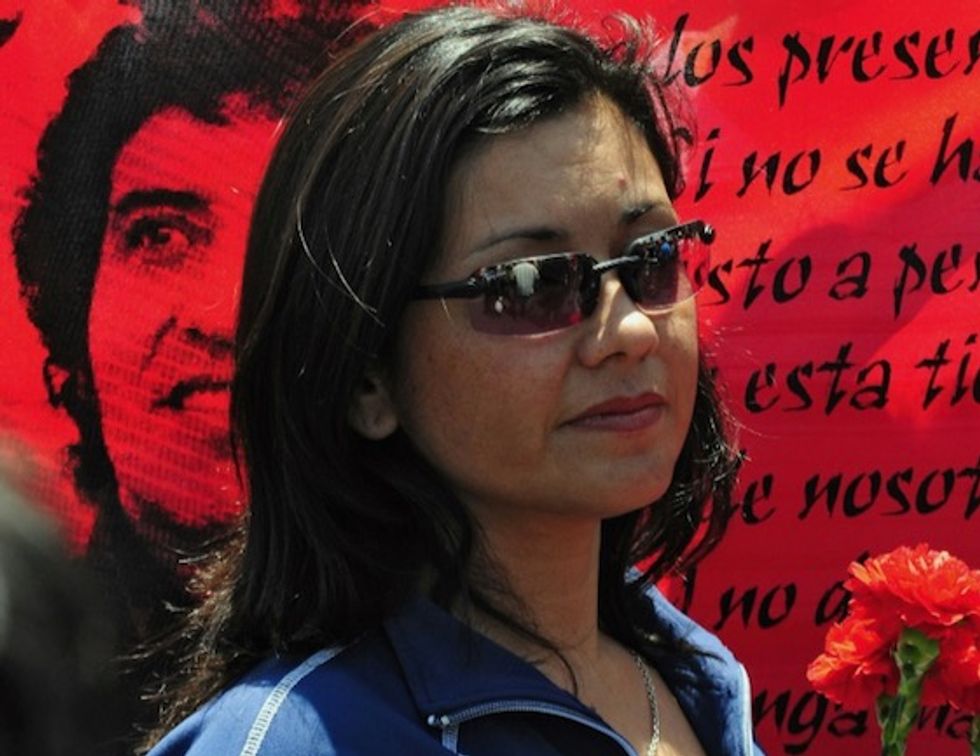 A Chilean judge has convicted nine retired soldiers in the 1973 murder of one of Chile's most beloved folk singers, Victor Jara, the judiciary said on Tuesday.

Jara, 40, was arrested the day after the September 11, 1973 CIA-backed coup that overthrew Salvador Allende and installed Augusto Pinochet as dictator.

Jara's body was found days later, riddled with 44 bullets. He had been held, along with around 5,000 other political prisoners, in a sports stadium where he was interrogated, tortured and then killed.

Among other horrors, the singer-guitarist's fingers were crushed, broken by rifle butts and boots.

"Judge Miguel Vazquez Plaza convicted nine retired members of the army for their responsibility in the homicide of singer Victor Jara and the ex-director of prisons Littre Quiroga Carvajal, in September 1973 in Santiago," a statement from the judiciary said.

Eight of the accused -- who held ranks from lieutenant to colonel and brigadier -- were sentenced to 15 years and one day in prison for their roles as "perpetrators" of both murders.

They all received another three years for kidnapping the two victims.

The pacifist singer, whose lyrics spoke of love and social protest, became an icon of Latin American popular music with songs like "The Right to Live in Peace," "The Cigarette" and "I remember Amanda."

Jara was married to British dancer Joan Turner, with whom he had two daughters.

He was also a member of Chile's Communist Party and a fervent supporter of the Popular Unity coalition that backed Marxist president Allende, who came to power by popular vote in 1970.

His body was found with signs of torture along with that of Jara and three other political prisoners, in a vacant lot near Santiago's Metropolitan Cemetery.

In Chile, Jara became an icon for hundreds of artists who suffered human rights violations under Pinochet.

Abroad, the singer inspired musicians from U2 to Bob Dylan. At a 2013 concert in Santiago, Bruce Springsteen paid tribute to Jara.

In June 2016, a federal jury in the United States found another former Chilean soldier, Pedro Pablo Barrientos Nunez, liable in a civil case for Jara's murder and awarded $28 million to his family.

One witness, an army conscript, told the court via videotaped deposition that he heard Barrientos, then a 24-year-old lieutenant at the stadium, tell someone he had fatally shot Jara.

Chile has unsuccessfully sought the extradition of Barrientos, who obtained US citizenship.

Pinochet ruled Chile until 1990 and died in 2006 without ever being convicted for the crimes committed by his regime.

In 2009, Chilean judicial authorities ordered the exhumation of Jara's remains. He was buried in an official ceremony attended by then-president Michelle Bachelet.

The stadium where Jara was held and suffered today bears his name.