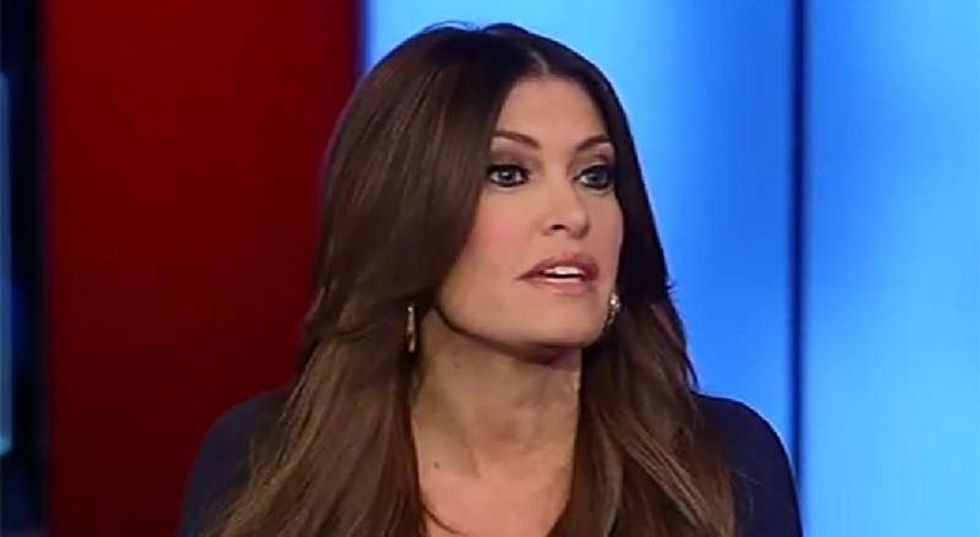 According to a report at The Daily Beast, spokespeople for ousted Fox New celebrity Kimberly Guilfoyle are lashing out at the network over whispers that she was dropped, in part, for sharing what were hinted to be "d*ck pics."

Anonymous insiders at the network have hinted that Guilfoyle was “showing personal photographs of male genitalia to colleagues (and identifying whose genitals they were), regularly discussing sexual matters at work and engaging in emotionally abusive behavior toward hair and makeup artists and support staff,” However representatives for the news personality -- who has moved on to working for a PAC supporting President Donald Trump--  called the whisper campaign the work of jealous fellow employees.

“Accusations of Kimberly engaging in inappropriate work-place conduct are unequivocally baseless and have been viciously made by disgruntled and self-interested employees," her legal reps said in a statement.

According to the report, one unidentified Fox insider said the “d*ck pics are not what is being implied” with others agreeing, saying Guilfoyle was being harassed by what was described as a "stalker."  The former Fox host reportedly alerted Fox personnel and security about the photos "as is protocol for messages that could be perceived as threats or harassment."

According to the Beast, the handling of Guilfoyle's departure was handled badly by the network with one anonymous source saying, "Fox News really stepped in it.”