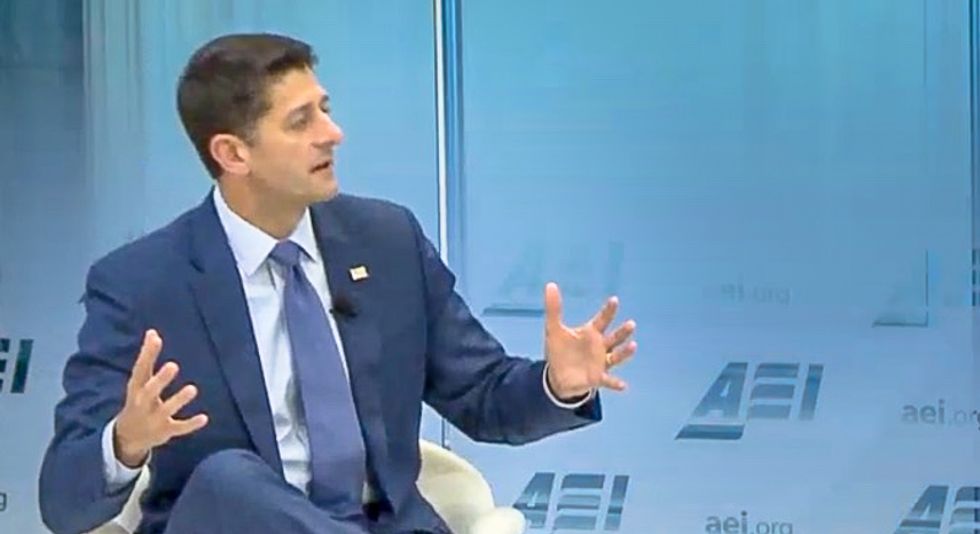 House Speaker Paul Ryan (R-WI) on Thursday lashed out at the alt-right and white nationalists for undermining conservatism with "racism."

At an AEI event, Ryan specifically called out the "alt-right" for thinking "only people like me can possibly grasp" conservative concepts.

"I think we should do everything to defeat it, the alt-right," Ryan said. "It is identity politics. It's antithetical to what we believe. And it's a hijacking of our terms, just like the progressives hijacked the word liberalism, the blood-and-soil nationalists of the alt-right have hijacked things of Western civilization."

"And so we have to go back and fight for our ground and re-win these ideas and marginalize these guys," he continued. "The problem we have is there's fresh evidence that that stuff works... when you throw 21st Century technology on there and people can make money doing it, that is a problem."

Watch the video below from AEI.