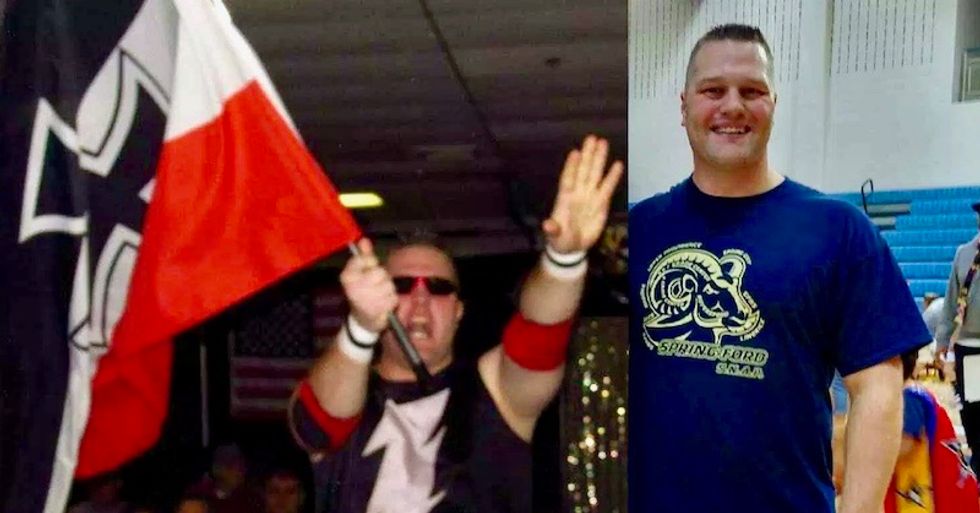 An elementary school teacher who also performs as a professional wrestler is under investigation for his act, The Blast reports.

But he also works for a local wrestling promotion, World Wide Wrestling Alliance, where he plays a Nazi character named “Blitzkrieg the German Juggernaut.” He waves a flag with the German Iron Cross, yells “Sieg Heil” and raises his arm in Nazi salutes.

In a video posted by a journalist from Pro Wrestling Sheet, children hold signs and cheer for the Nazi.

Dino Sanna, owner of the promotion, said the teacher is a “good guy" who is religious and "not hateful"

Sanna said the students cheering for the Nazi character were Bean's students.